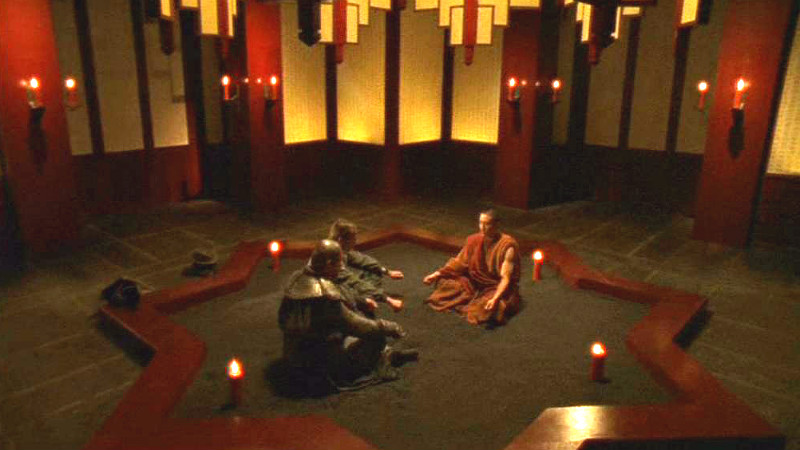 The only structure within the known area of the Stargate on the planet Kheb. Modeled after the ancient Buddhist architectural style, the walls in a particular inside chamber detail instructions for ascension. For some time a monk resided at the temple until he was killed by Apophis's Jaffa. The monk himself then ascended (or perhaps revealed that he had been an ascended being all along).

Oma Desala and the infant child Shifu resided at the temple for a period of time before she took the boy to another world through the Stargate, following the Jaffa attack.

Long ago, Anubis is said to have journeyed to Kheb. There he found the wall of instructions and, with help from Oma, ascended. The planet and its temple are known to the Jaffa as a legendary place of refuge and enlightenment, a final station on the way toward a new way of life.

The temple itself is a significant structure, with both inner chambers for quiet meditation and outside areas for walking, relaxation, and appreciating the beauty of the natural world.

Maternal Instinct - SG-1 and Bra'tac discover the temple of Kheb.