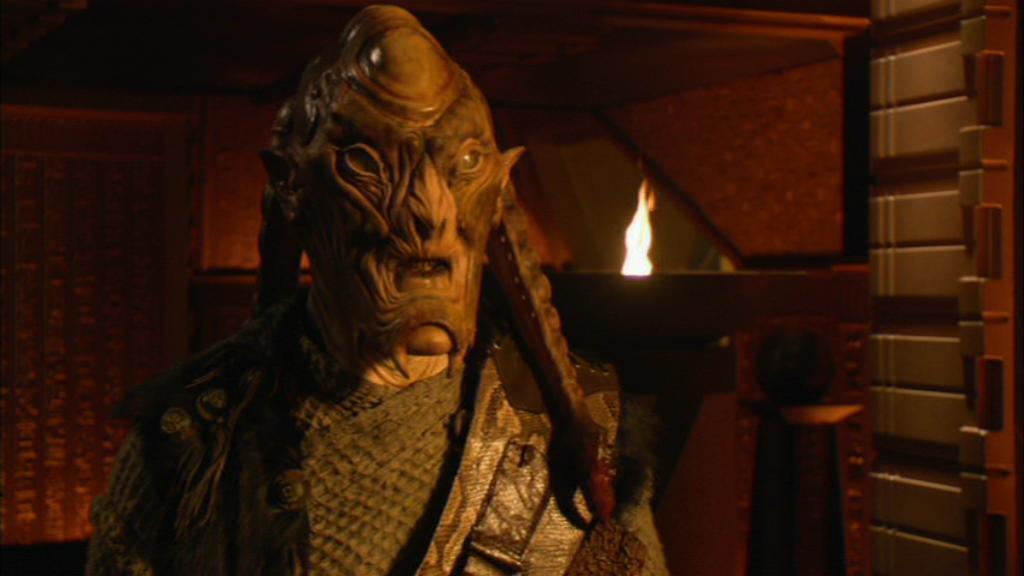 Humanoid alien trader from the planet Oran, an associate of the Lucian Alliance. With his partner Jup, Tenat is a former business associate of Vala Mal Doran. While the two are cut-throat criminals, they have proved themselves largely inept in each of their encounters with members of SG-1.

Tenat and his partner arranged for a trade with Vala for a Goa'uld craft in exchange for a full case of weapons-grade naquadah, but when Vala lost the vessel in combat she hijacked the Earth ship Prometheus to trade instead. Unfortunately for Tenat and Jup, Daniel Jackson had other plans in mind. When it was time to make the trade Tenat and Jup were stationed on an uninhabited planet. Jackson had regained control of Prometheus and had no intention of handing it over to the smugglers.

When Goa'uld death gliders barreled down on them Daniel retreated back into Prometheus and Tenat and Jup lost the case of naquadah. The Alliance put both Daniel and Vala on a wanted list, giving Tenat orders to kill them both if he ever encountered them again.

As part of a plan to steal a modified cargo ship from Tenat, Vala and Daniel posed as prisoners of Cameron Mitchell and Teal'c, who played bounty hunters wanting to trade their prisoners for their own case of weapons-grade naquadah. The Alliance, not willing to lose another case of the valuable material, instructed Tenat and Jup instead to double-cross Mitchell. But Vala and Daniel stole the cargo ship and ringed Mitchell and Teal'c into the craft while simultaneously depositing Jup on the surface where Tenat stood. Not only had he not obtained Vala and Daniel, but he had now lost his ship.

Prometheus Unbound - Tenat and Jup are sent to trade a case of weapons-grade naquadah for a vessel, likely to be added to the ranks of the Lucian Alliance fleet.
The Ties That Bind - Learning someone is willing to trade weapons-grade naquadah for Daniel and Vala, Tenat plans to double-cross Cam Mitchell, but ends up losing his ship instead.
Company of Thieves - Cameron Mitchell goes under-cover among the Alliance, and must maintain his cover when Tenat -- who knows his true identity -- comes on board Netan's ship.