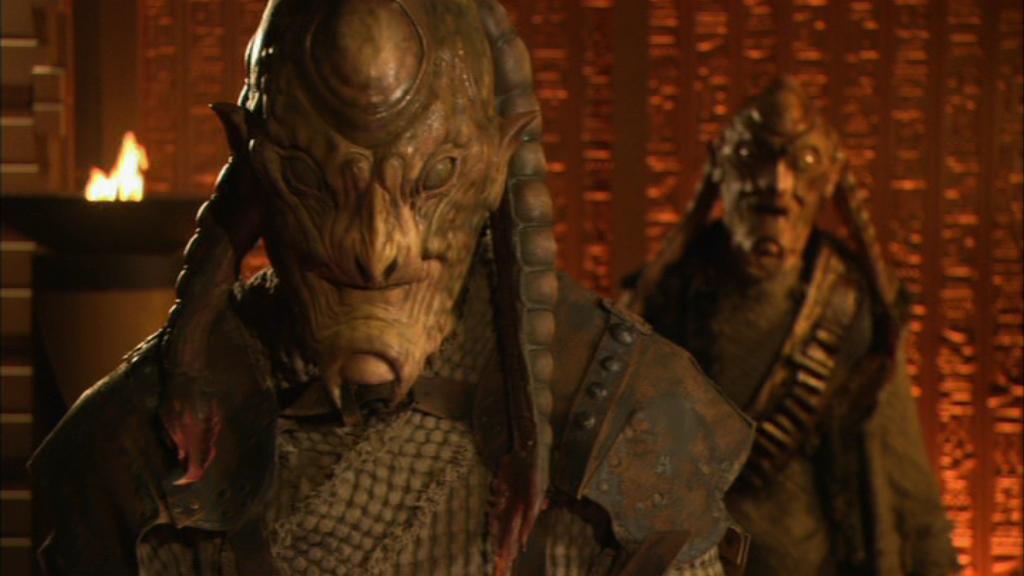 A reptilian species with gold eyes and three long lobes that trail down three sides of the head. Little is known about this species, but the two members encountered thus far, Tenat and Jup, are both mercenaries. The two men are allied with the Lucian Alliance, a band of mercenaries and smugglers that arose after the fall of the Goa'uld.

Prometheus Unbound - Daniel encounters Tenat and Jup, two members of this exotic species.
The Ties That Bind - SG-1 makes a deal with Tenat and Jup to trade Daniel and Vala for weapons-grade naquadah, only to steal their advanced cargo ship.