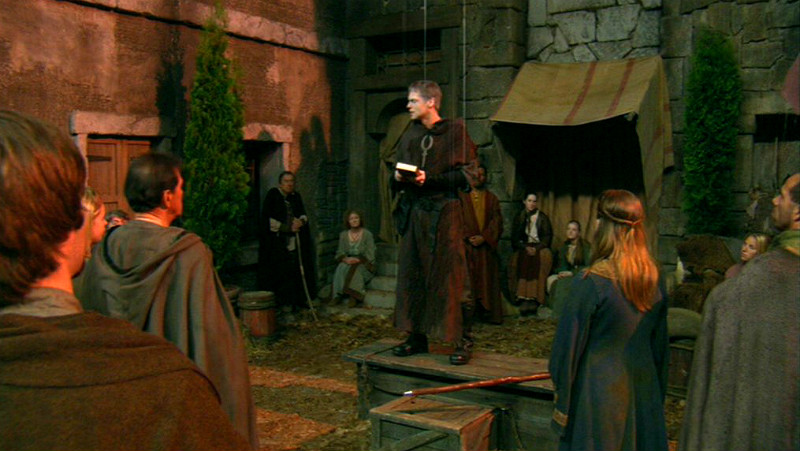 A people visited by Daniel Jackson while pretending to be a Prior of the Ori. They told SG-1 of the Prior's kindness, how he did not even threaten to destroy the population in the event they did not accept Origin.

SG-1 later discovered that it was Daniel himself, not actually a Prior, who had made more benign proposals in the name of Origin while still concealing his true identity from the Orici, Adria. Though he had taken on Prior form, Merlin's thoughts still inhabited his mind and prevented a complete Ori takeover. It was by this that Tevaris and his people had been spared.

The Shroud - Tevaris's people are visited by a hooded figure claiming to be a Shepherd of Origin, while not actually one at all.