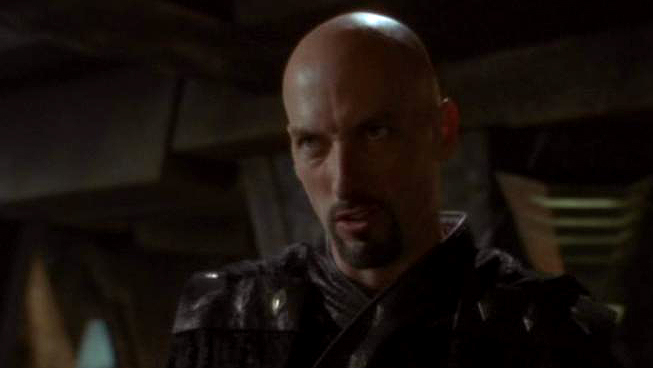 Anubis's engineer on the planet Tartarus, who was responsible for overseeing the genetic engineering and maintenance of the Kull warriors -- Anubis's newly developed army of super-soldiers. A Goa'uld himself, Thoth was fearful of his master.

When a remote probe began malfunctioning, Thoth's attention was required. He was armed with a hand device, but with SG-1 and Jacob Carter inside the facility it was unable to save him from a zat'ni'katel and Carter's weapon, which ultimately killed him.

Evolution, Part 2 - Thoth has been unable to locate a fatal flaw within the genetic makeup of the Kull warriors, and is killed by Carter before he can solve the problem.