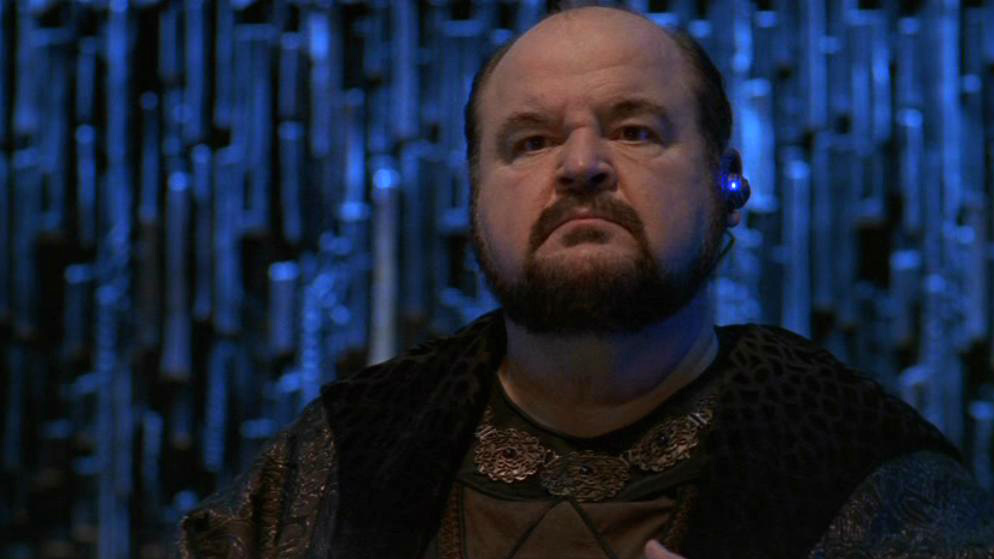 Scientist who created the computer program Urgo, in his own image. Togar was everything Urgo was not, an introvert and a humorless individual. When SG-1 arrived on his planet he rendered them unconscious and implanted Urgo in each of their minds.

Togar later received a transmission from Earth saying Urgo had been found out and was communicating with the tagged team members. He ordered the immediate return of the subjects for the removal of Urgo. However, before Urgo was removed from the team, Togar was made to agree to live, for a time, with Urgo in his mind so that the intelligent life form would not pass into oblivion, but continue to gain new experiences.

Urgo wore a viewer device over his left ear that enabled him to hear, and possibly see, Urgo's visual interface -- a humorous and outgoing artificial life form Togar made in his own image.

Urgo - Togar unleashes Urgo into the minds of SG-1 who later return to remove the defective component.