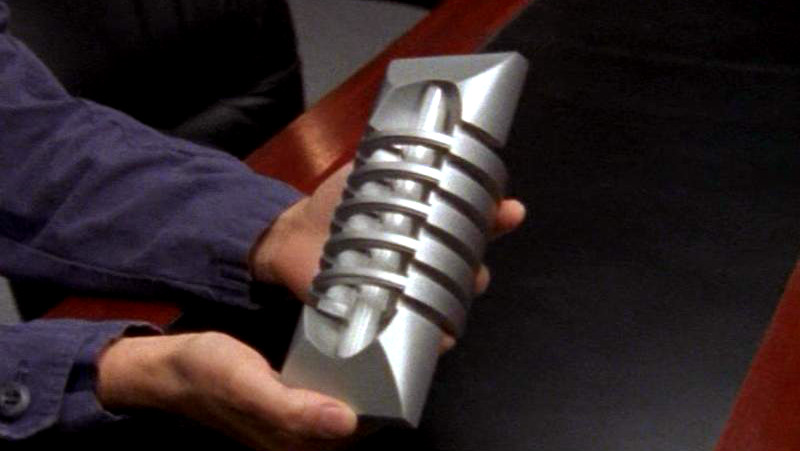 Device created by the Tollan that is capable of quickly and temporarily neutralizing a variety of weaponry that passes near it -- including both Goa'uld energy weapons and Earth-based projectile weapons. The disabler is interfaced directly into the walls of the corridors inside government facilities (and likely other security-sensitive buildings) on the planet Tollana.

The device sits behind a wall panel, with a center tube illuminated when it is powered and active. It can be easily disconnected from the wall for inspection and repair.

Pretense - Tollan weapons disablers make all weapons of the triad parties dysfunctional.
Shades of Grey - O'Neill steals a weapons disabler and returns with it to the S.G.C. to backwards-engineer the device.