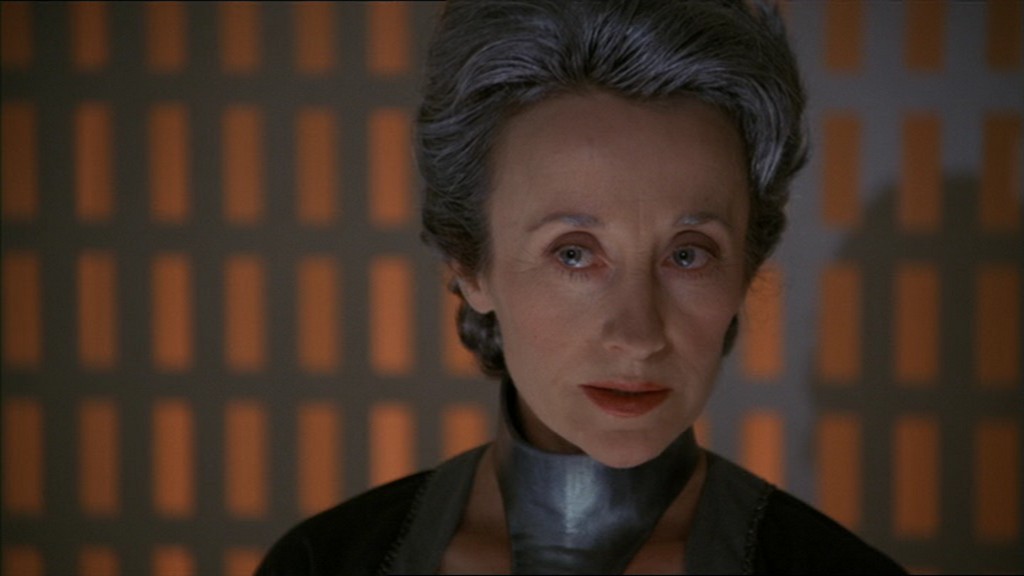 A member of the highly advanced Tollan race, High Chancellor Travell held a seat in the Tollan Curia, their highest ruling body.

Travell was a staunch defender of the Tollan's highest law: they do not share their technology with less advanced species. She was known to administrate triads (as a judge), as well as negotiations with other worlds, such as Earth.

When Anubis's forces bore down upon Tollana (commanded by Tanith, who came in a ship with new shields impervious to the Tollan defensive weapons network), Travell and the Curia were forced to strike a deal with the Goa'uld. In exchange for the survival of the Tollan people, they would create advanced weapons of mass destruction, capable of bypassing even the iris protecting Earth's Stargate.

Pretense - Travell officiates the dispute between Skaara and his Goa'uld symbiote for control of his body. But when SG-1 investigates a Goa'uld plot to attack Tollana, Travell arrogantly thwarts their attempts to protect her world.
Shades of Grey - Travell refuses SG-1's request that the Tollan share technology, but demands that the S.G.C. apprehend a group of rogue N.I.D. operatives who have been stealing their technology.
Between Two Fires - SG-1 is shocked when Travell offers to share Tollan weapons technology with Earth, but learns that she and the Curia have struck a deal with the Goa'uld to produce weapons of mass destruction for them, in order to save their own planet from destruction.