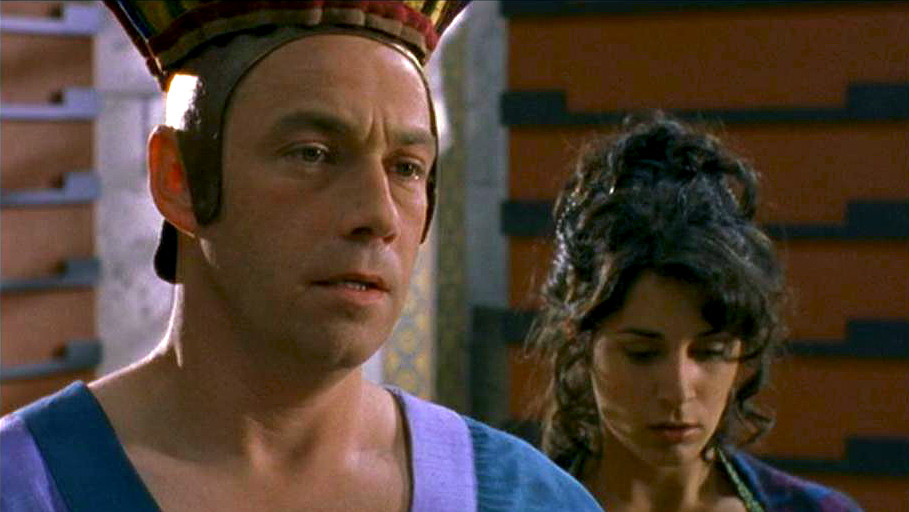 High Counselor of the Untouched in the Land of Light. Tuplo possessed the weight of a great burden, keeping with the regulations of his people that, when one becomes a Touched, they must be expelled into the land of the dark where they are figuratively "dead" to their Untouched family members.

SG-1's arrival eventually brought a cure for the histaminalytic virus that plagued his people. He recovered his daughter, Melosha, and declared he and his people would be forever in the debt of SG-1.

To that end, he was invited to Stargate Command where he offered some of his country's land as the location where Tollan refugees could settle, but their leader, Omac, deemed Tuplo un-advanced and insignificant.

Tuplo's gesture of friendship would eventually come in use when Teal'c's wife Drey'auc and son Rya'c were allowed to make a home in the Land of Light.

The Broca Divide - SG-1 arrives in the Land of Light, meeting with Tuplo to discover the sickness that has swept through the civilization.
Enigma - Honoring his debt, Tuplo arrives at the S.G.C. to offer the Tollans a new home amongst them, but is rejected for being too primitive.
Family - Tuplo welcomes Drey'auc and Ry'ac into the sanctuary of the Land of Light, free of the persecution they previously had.