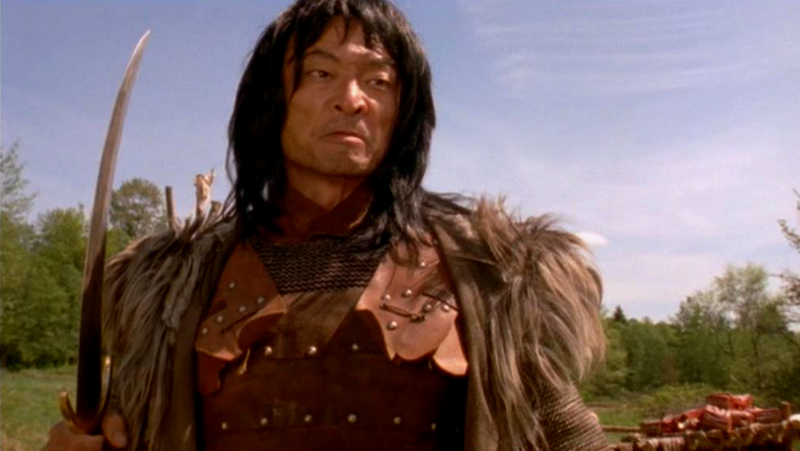 Mongol warrior leader of a tribe neighboring the Shavadai. Turghan described himself as one who raided and burned the tents of his enemies, slaughtered the men and traded the women and children. He believed this was the reason he was feared and held the allegiance of twenty-two tribes.

Turghan was a womanizer, and by all accounts, a pig. He has at least one daughter, Nya, whose love for Abu eventually formed an alliance between Turghan's tribe and the Shavadai.

Turghan found Captain Samantha Carter to be a challenge. Carter, a feminist, stood up for herself and the rights of the other females in the villages. For this, Turghan agreed in a knife dual to the death. When Carter gained the upper hand she spared his life, and Turghan was suppressed into shame.

Emancipation - Turghan finds Captain Carter particularly beautiful and appealing, almost agreeing to take her for trade, but is eventually forced into a knife combat her for the very freedom of women on the Shavadai homeworld.