United Alliance of the System Lords 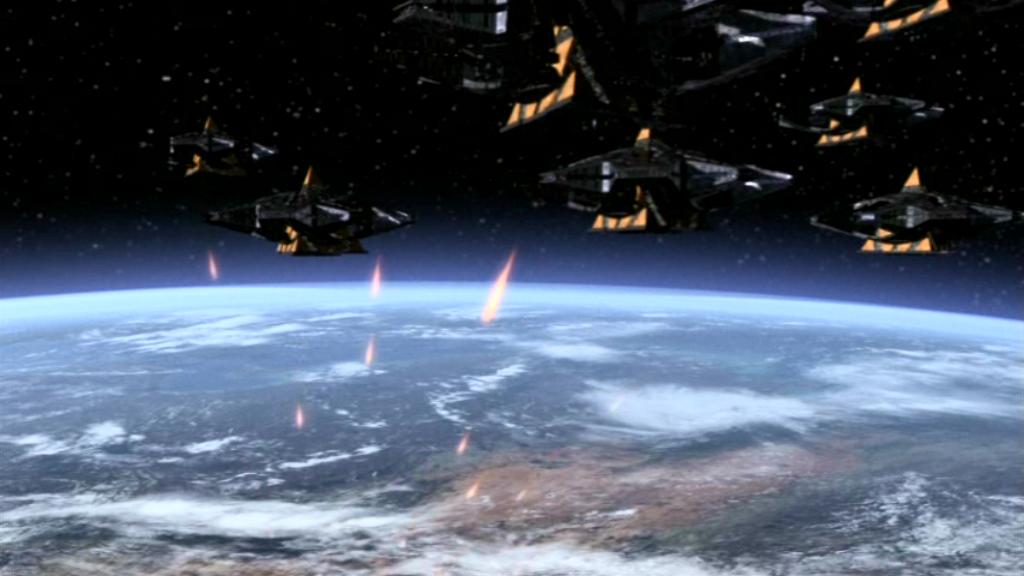 A relatively recent alliance of Goa'uld System Lords, formed in united opposition to the threat of Anubis -- who used technology and knowledge of the Ancients to rapidly ascend to power. Baal was likely a leader of this group in their opposition to Anubis, though following Anubis's defeat and Baal's own rise to power the rest of the System Lords would have to ally against him.

The System Lords initially welcomed Anubis back into their ranks after his thousand-year absence. But the influence of Yu, Anubis's old enemy, eventually turned them against him. Powered by the six Eyes, Anubis dealt the System Lords a crippling blow above Abydos -- destroying a fleet of motherships under Yu's command.

Soon after this defeat the United Alliance of the System Lords was forged, with some encouragement from Teal'c and Yu's First Prime, Oshu. The alliance was an attempt to bring together the collective forces of the Goa'uld against Anubis in an all-out assault, ambushing his mothership at Langara (Kelowna). Under Baal's command the plan succeeded, and though the System Lords destroyed Anubis's mothership they failed to kill Anubis himself.

After this success the United Alliance had remained joined, and could have posed a dire new threat to the galaxy. The enemies of the Goa'uld had previously relied on the feudal nature of the System Lords, with each power-hungry Goa'uld always scheming to conquer the others -- not working together in common purpose. But after Anubis's downfall at the Battle over Antarctica Baal took control of Anubis's Kull warriors and his advanced technology, leading to a new conflict between Baal and an increasingly brittle coalition of System Lords.

This new war -- and the dominance of the Goa'uld in our galaxy -- would be brought to an end by the arrival of the Replicators in the Milky Way. Lord Yu was killed by Replicator Carter, and a large number of the other System Lords and their forces were eliminated by invading Replicator ships. During the battle for Dakara Baal himself was forced to retreat after his Ha'tak was overrun by rebel Jaffa forces. The Goa'uld defeat at Dakara signaled the collapse of the System Lords' alliance and the end of their domination as more and more Jaffa deserted them.

Full Circle - Yu rallies the System Lords against Anubis, who makes short work of their combined forces with his new super-weapon.
Fallen - Teal'c works with Yu's forces to construct the framework of a group of Goa'uld System Lords who are prepared to take out Anubis once and for all.
Homecoming - Baal launches an attack of six System Lord motherships over Langara on Anubis below.
Orpheus - Daniel refers to the "United Alliance of the System Lords" for the first time, noting that Baal remains in command of the combined Goa'uld forces.
New Order, Part 1 - Representing the other System Lords, Camulus, Amaterasu, and Yu arrive at Stargate Command to negotiate a new treaty with Earth -- against Baal.
Reckoning, Part 1 - Replicator Carter kills Yu and the massive Replicator forces begin attacking the Goa'uld system Lords.
Reckoning, Part 2 - The Goa'uld forces are heavily defeated and Baal is forced to flee.