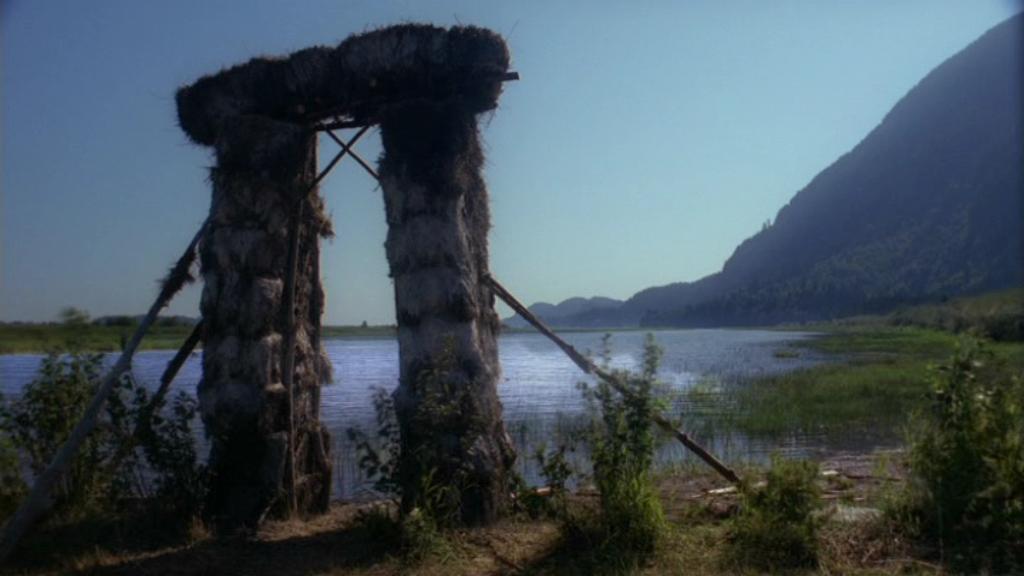 Planetoid on the receiving end of a Furling transportation arch. This planet was designated a sanctuary of bliss and freedom from the Goa'uld, likely by the Furlings themselves.

Unfortunately a Goa'uld arrived through the arch to the planet and, by the only means left to it, took control of the population by introducing a paranoia-inducing substance into the local plant life.

Subsequently, the local utopians consumed the plants and eventually became so paranoid that they destroyed themselves. Their remains still encircle their encampment on the moon.

The planet is lush with green plant life, flowers, and pockets of substantial bodies of water (including edible fish and small quadrupeds) suitable for survival.

Paradise Lost - Maybourne, wishing to enter into this paradise, uses the arch with O'Neill in tow, and remains stuck on this moon.