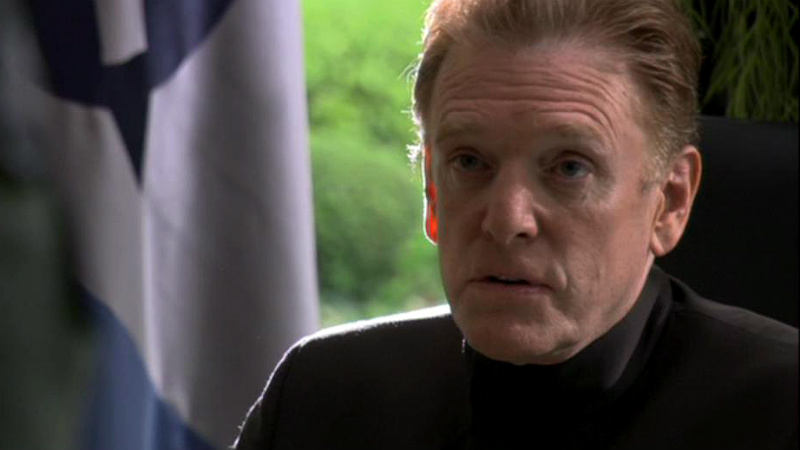 Emissary of the Galaran people, who serves as ambassador to other worlds and an officer of high standing in the Galaran military. The Emissary had assigned Dr. Reya Varrick to be the new leader of the Galaran memory project, giving her a higher security clearance and informing her about the Stargate.

One year later the Galarans made peaceful contact with the humans of Earth, and trading immediately began. Putting their best foot forward, the Galarans were eager to whet the appetite of Earth by exposing them to their classified memory project. Following the murder of Dr. Varrick (supposedly at the hands of Cameron Mitchell), the Emissary was so eager to maintain diplomatic relations that he moved that the Galaran cabinet not only free him but maintain his diplomatic status.

Thanks to Colonel Mitchell and Drs. Amuro and Marell's diligence the perpetrator was uncovered -- Dr. Marell himself. Instead of punishing him for the murder of his ex-wife, the Emissary ordered that his memory be wiped of the entire incident so that he could return to work on their valuable project.

Note: Varta's name does not appear in the episode or credits. It is instead taken from casting documents.

Collateral Damage - The Galaran Emissary goes to great lengths to maintain diplomatic relations with planet Earth, even to wipe clean the murder record of the unwilling Cameron Mitchell.