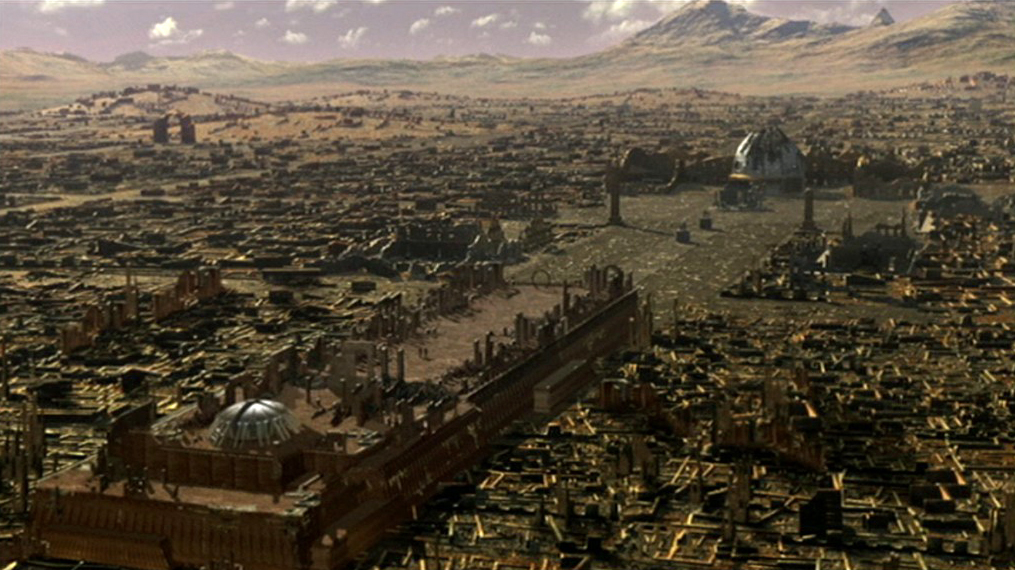 Once an advanced civilization, Velona was completely destroyed by the Ancients, who were punishing the Ancient Orlin for aiding the Velonans in defending themselves with advanced technology.

Velona was under siege by an opposing force. Orlin, through seeing their suffering, allowed them to take advantage of powerful Ancient knowledge, specifically leading them to develop an enormous "space gun". After using it on their enemies, the Velonans turned it on themselves. Subsequently, the Ancients wiped them out.

Orlin was banished to Velona to live alone for the rest of his existence, as punishment for going against the Ancients' rules of non-interference.

Ascension - SG-1 travels to Velona and, unbeknownst to them, is tracked by Orlin, who follows the team back to Earth.