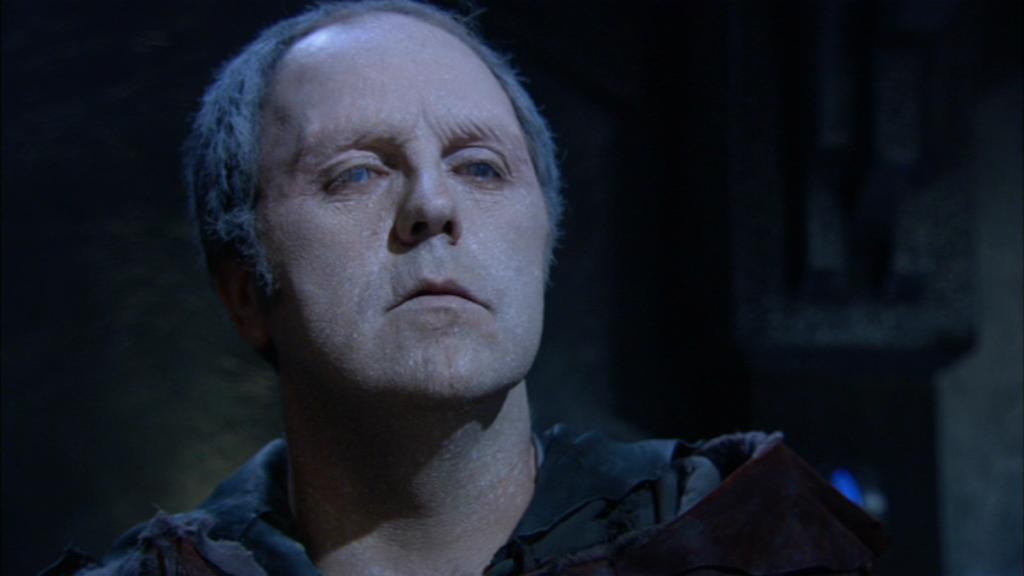 Governor of the village of Ver Eger prior to his being transformed into a Prior of the Ori. The administrator was responsible for conducting religious ceremonies including leading Prostration, the Origin equivalent of Mass, and cleansing of evil spirits, who had been "overcome," by destroying them in fire on the Ara. The administrator often carried a copy of the Book of Origin. He was married.

It is unclear if the administrator was also responsible for the political matters of Ver Eger, though in this culture religion and politics may have been one and the same.

The administrator, prior to his transformation

As an award for his loyalty the Doci summoned the administrator to the City of Celestis to gaze into the Flames of Enlightenment. It was here where he was transformed into a Prior himself, leaving behind the duties of administration to another Ver Egen.

As a Prior he served the Ori well in their expansion into the Milky Way Galaxy. Eventually he was lured into a trap and killed when SG-1 used a Prior inhibitor to rob him of his powers.

Avalon, Part 2 - Due to her odd behavior the Administrator realizes Sallis has been taken over by a spirit (Vala) and rushes her to the Ara to cleanse her of the presence.
Origin – The administrator again presides over the cleansing, this time of Sallis and Harrid, and is eventually taken to the city of Celestis where he becomes a Prior.
The Powers That Be – Now a Prior, the former administrator travels to the Milky Way to convert the people of P8X-412, and ends up in a public debate with Daniel Jackson.
The Fourth Horseman, Part 1 – The Prior intercedes with Gerak, leader of the Free Jaffa, using his staff to transport Gerak's consciousness to Celestis for an audience with the Doci.
Line In the Sand – Now on board an Ori warship in the Milky Way, the Prior has a conflict with Tomin when the faithful servant of the Ori questions his self-interested interpretation of the Book of Origin.
Stargate: The Ark of Truth – The Prior finds himself powerless when SG-1 deploys a Prior inhibitor, and is killed by Cameron Mitchell.