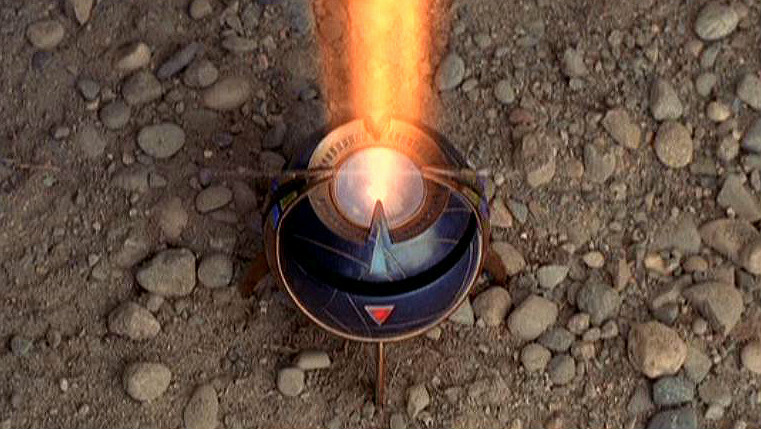 Small, cylindrical Goa'uld device designed to project an enormous three-dimensional image, generally of a Goa'uld commander or System Lord. The vo'cum is typically used to summon troops, give orders, authorize spokespersons, or dispensing other messages to battalions of Jaffa while the commander is away.

Use of the vo'cum during battle operations is strictly forbidden in the Rules of Engagement.

Rules of Engagement - Carter successfully merges the vo'cum with Earth-based technology, allowing a playback of the dying Apophis to be displayed to his unsuspecting human troops.