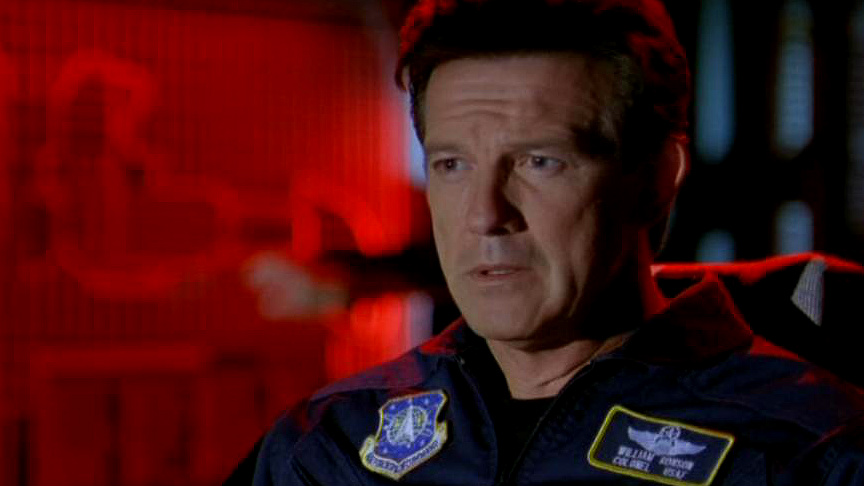 Colonel, commander of the United States military vessel Prometheus. Ronson's first mission as the ship's commander was supervised by SG-1 when Prometheus left Earth orbit and created a hyperspace window using naquadria to power its hyperspace generator. Unfortunately, the instability of the naquadria threw Ronson's ship off course, where he made a difficult decision to make a short jump into the orbit of the planet Tagrea.

A no-nonsense and by-the-book officer, Ronson had difficulty befriending the locals, particularly the military commander who thought the ship's arrival was a prelude to invasion. However, the government won over and permitted SG-1 to return to Earth through their newly-discovered Stargate, to gather supplies for Ronson to lead the Prometheus home.

Nearly a year later Ronson and the Prometheus finally began the return trip home. They planned a route that would take them past Stargate-occupied worlds to continue to take on new supplies and share in relief efforts. An S.G. team was successful in lifting a hyperdrive core from an Al'kesh and outfitting it in Prometheus, making short bursts of travel possible to get Ronson and his crew home for good.

However, on one of the cool-down points, Ronson, still in command of Prometheus, was forced to evade a hostile alien ship which pursued them toward a nearby gas cloud. Ronson ordered an evacuation of Prometheus, but the escaping crew was soon captured by the alien craft. Samantha Carter, who had been knocked unconscious before the evacuation, had remained on board and was not detected, and later negotiated for the release of Ronson and the Prometheus crew.

Memento - Colonel Ronson takes charge of Prometheus on her first true voyage and ends up marooning the crew in a distant part of the galaxy.
Grace - Ronson and his crew are held captive by unknown aliens, and are released only after Carter manages a hesitant trade.