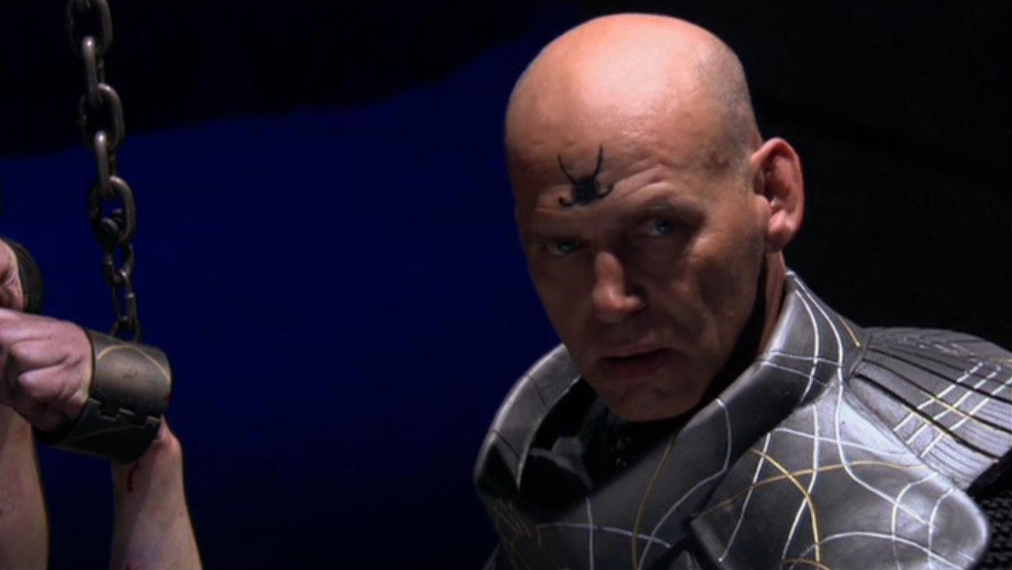 A Jaffa and the trrusted aid of Gerak, elected leader of the Free Jaffa Nation. Like Gerak, he was formerly enslaved to the minor Goa'uld Montu. Yat'Yir accompanied Gerak to his first meeting with General Hank Landry on Earth. It was hoped that this informal session would open doors for an eventual treaty between Earth and the new Free Jaffa Nation.

Yat'Yir does not trust Teal'c, and openly challenged him during table discussions. But he is more uneasy still about decisions and tactics that echo the callousness and immorality of the Goa'uld -- which he often saw in his friend Gerak.

Origin - Yat'Yir travels with Gerak to Earth for introductions to General Landry.
Ex Deus Machina - After capturing a Goa'uld in the host body of an Earth businessman, Yat'Yir expresses concern about Gerak's decision to use a Goa'uld pain stick -- a device of their former oppressors -- to torture him.
The Fourth Horseman, Part 1 - Yat'yir expresses his concerns to Gerak about worshipping the Ori so quickly after obtaining their freedom from the Goa'uld.
The Fourth Horseman, Part 2 - Yat'yir sits in on a council meeting, perplexed and speechless that his brother, Gerak, has allowed himself to be transformed into a Prior.
Stronghold - Yat'yir is present for the referendum that will make the new Jaffa nation a democracy.