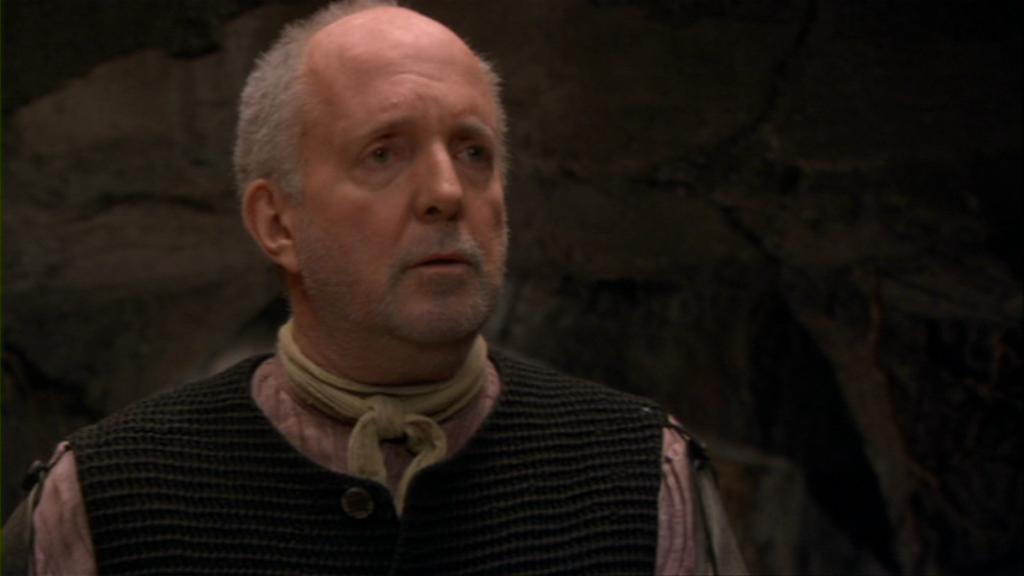 Local villager of a planet in the Pegasus Galaxy, son of Goran. When he was around 24 he lost his wife and young son to a fever. Lonely and in despair, he was confronted with a myriad of possibilities when he joined his father in a group sent to investigate a crash site where Wraith had landed.

Zaddik was the only man to find a young Wraith girl laying in the cold. He picked her up and took her into an abandoned mine in the forest where he raised her as his own for the next ten years. He named her Ellia, teaching her right from wrong and sharing his knowledge of the wilderness and its plants.

For many years Ellia was able to eat normal food like any young girl. Zaddik was aware of the other Wraith who prowled the woods and feared that Ellia would grow up to become the same creature. He used his knowledge of the plants to concoct an antidote that she could drink to supplement her hunger when it came. But eight years into caring for her she was no longer able to avoid the hunger. At his suggestion he allowed Ellia to feed on him until her hunger was quenched. This left him in a catatonic state for some time, and caused him to age rapidly as his life force was drained.

It was two years later when Zaddik learned that his Ferassin root serum had never worked. Ellia hadn't wanted to disappoint him, and she didn't want him to know that she had been aware of the other Wraith in the wilderness, timing her feedings on the villagers to coincide with his own. When she exposed herself to Carson Beckett's experimental retrovirus and lost herself to the beast within, Ellia ended up responsible for Zaddick's violent death.

Instinct - Zaddik entertains guests from beyond the mountains who believe they can help Ellia become fully human.