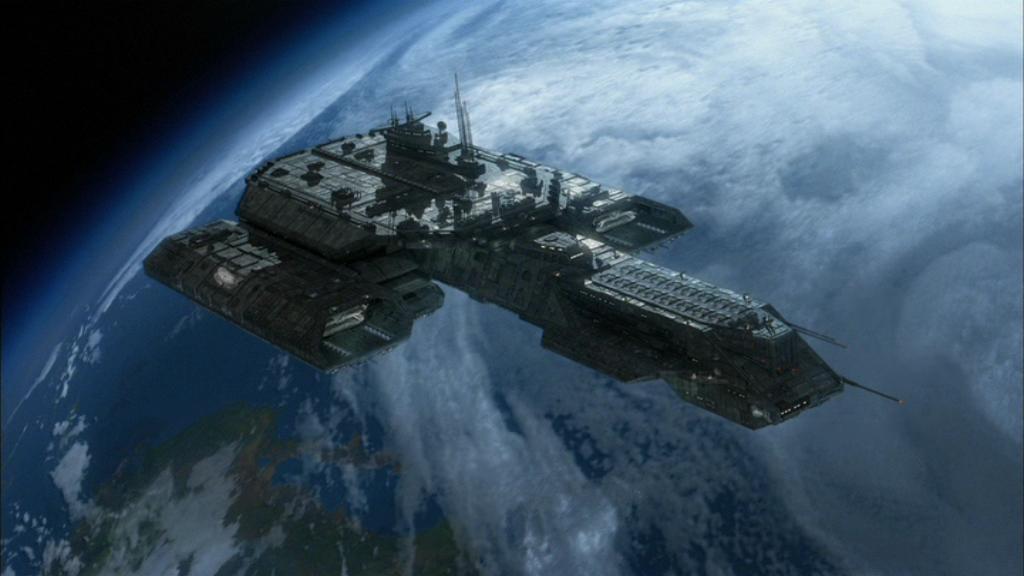 Deep space carrier under the command of Colonel Abraham Ellis. The fourth ship in the BC-304 class, the Apollo was originally sent to the Pegasus Galaxy on an urgent mission to destroy Replicator warships under development on the surface of the Replicator homeworld, Asuras. Apollo delivered a payload of Mark IX nukes (code-named "Horizon"), destroying the ships (and triggering a retaliatory strike by the enemy).

After the Replicators soon launched an all-out assault on Atlantis, the Apollo was disabled and forced to flee.

The Apollo was later refitted with Asgard plasma beam weapons, which were used to stave off Replicator assaults on various Pegasus planets during the subsequent war. During that same period Apollo joined forces with her sister ship Daedalus, the Travelers, and several Wraith hives to wage an all-out attack on the Replicator homeworld.

Still under Colonel Ellis's command, the ship has continued to be deployed to serve the interests of Earth and its allies, often assigned to the Pegasus Galaxy and making trips across the vast space between Pegasus and the Milky Way.

First Strike - The Apollo delivers the Horizon payload into the atmosphere of Asuras, destroying almost all her targets.
Be All My Sins Remember'd - Apollo enters battle over Asuras once again, this time in cooperation with Daedalus, the Wraith, and the Travelers.
Enemy At the Gate - The Apollo and Sun Tzu are disabled when they confront a Wraith super-hive in the expanse between galaxies, and faces a month of repairs as it limps home.