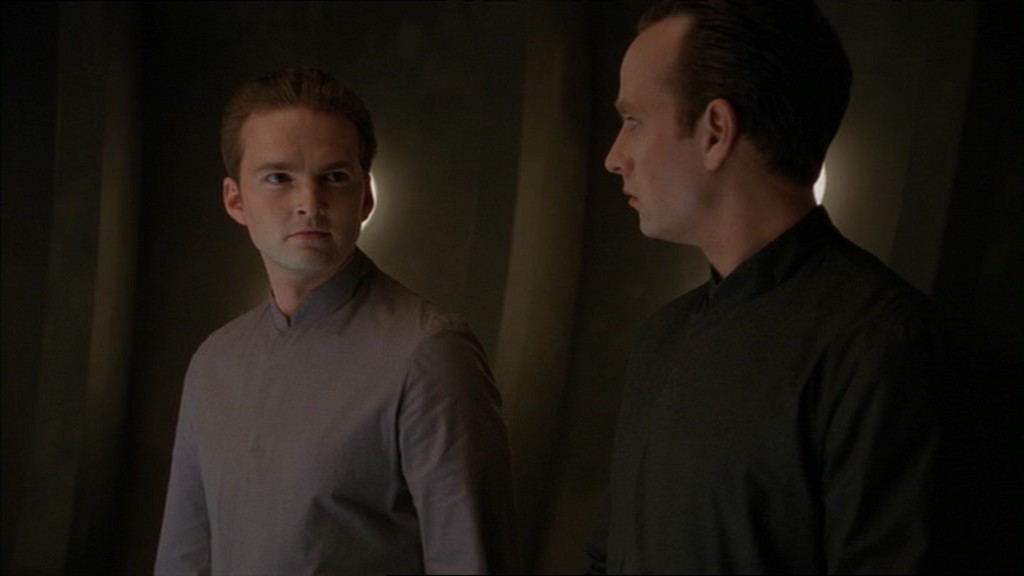 An advanced human species, at least a hundred years ahead of Earth in technological development. The Aschen have, by human standards, little to no personality. They are extremely intelligent, practical, and perceptive, but generally have no sense of humor. They are founders of the Aschen Confederation, an alliance of races of which little is known. This makes sense, however, as any race incorporated into the alliance is slowly erased from the face of the galaxy. The Confederation seems to be a collection of races that the Aschen have conquered, or are in the process of gradually conquering.

The Aschen utilize a genetic weapon that gradually reduces a target species' ability to reproduce, dropping the birthrate over a period of several years and effectively eliminating the race over a long period of time without their knowledge until the number of the population suitable to the Aschen's goals is reached. After a society is sufficiently reduced, the Aschen have terraformed victim planets, burying the previous civilization beneath. This is done to create a world suitable for farming, to meet the requirements of the Aschen populace.

Earth narrowly avoided an alliance with the Aschen, after Dr. Daniel Jackson successfully translated a newspaper from an archive buried beneath a world allied with the aliens, the Volians: "Aschen Vaccine Causes Sterility."

Until contact with S.G.C. personnel, the Aschen were quite limited in the number of Stargate addresses they possessed, and initially reached worlds near their own only by starships. They still pose a threat to Earth and its allies, although their lack of gate addresses makes it unlikely that they will be able to use the network for travel. SG-1 did give the Aschen very dangerous Stargate coordinates upon discovering their plans for Earth, the first being to a world on the edge of a black hole.

2010 - In the near future, Earth has allied with the Aschen, who helped them defeat the Goa'uld. But the Aschen have less than admirable purposes, plotting to reduce the birth rate by over 90 percent.
2001 - Though the future SG-1 sent a message back in time to avoid first contact with the Aschen, the event happens less than one year later. But SG-1 again learns the Aschen's secret, and escape the alliance.