Difference between revisions of "Asuran pistol" 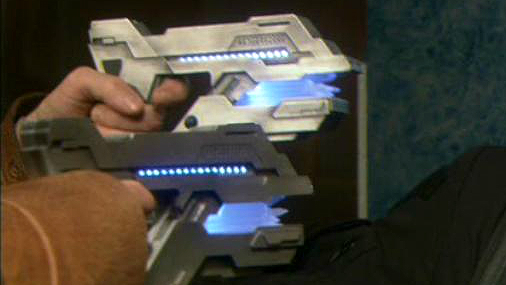 Handheld weapon developed by the Asurans for personal defense. The technology emits pulses of blue energy which may or may not be capable of penetrating Ancient shielding.

It is not known if the Asuran pistol is based on a model originally created by the Ancients (like the rest of their civilization) or is an original design.