Difference between revisions of "Burrock" 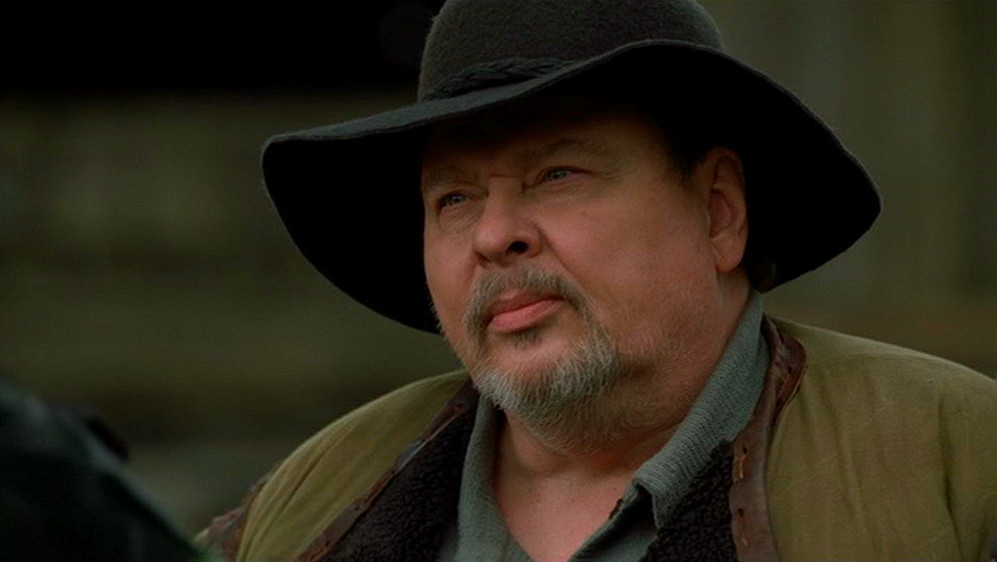 Unas tamer and salesman of high stature on his planet who successfully dialed the original home world of the Unas, P3X-888. He retrieved Chaka from that world in the hopes of introducing new blood into the suppressed creatures' genetic line. Burrock was intrigued by the arrival of Jack O'Neill and Daniel Jackson, and only later discovered they had arrived to take Chaka home. He imprisoned the men with a horde of Unas and, upon their escape to the Stargate, was killed point-blank by Chaka himself.

Burrock had seen the Unas as little more than beasts of burden to do his will. He had spent countless hours at the pedastal of the D.H.D., entering endless combinations, but was only able to get a lock after acquiring the combination of symbols to the Unas homeworld from certain families who possessed them.

Beast of Burden - Burrock welcomes O'Neill and Jackson to his world to trade for Unas, but is completely unwilling to give back the single creature he retrieved from P3X-888: Chaka.