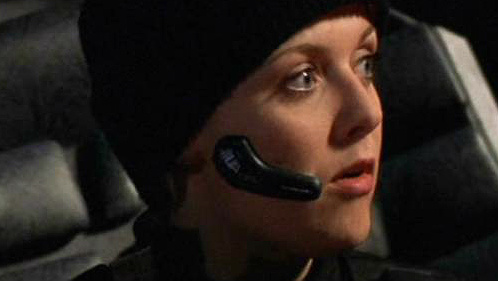 Two-way communication device which attaches to the side of the face. Glider communicators are not commonly used, but serve as an optional comm attachment to squadron leaders and their co-pilots.