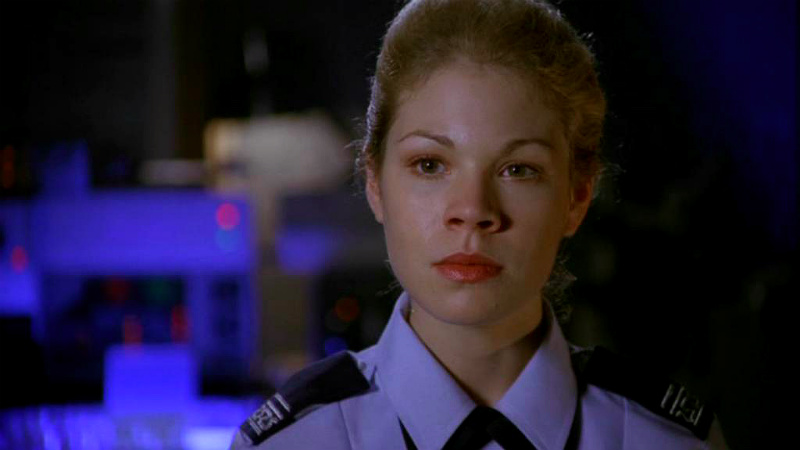 A young and brilliant astrophysicist, Jennifer Hailey became something of a protege to Samantha Carter. Carter first met Cadet Hailey during a teaching visit to the United States Air Force Academy, where the impatient and short-tempered Hailey was leading her class in marks -- but was about to be expelled because of her attitude.

Knowing that Hailey would fall in line and step up to meet the challenge if she could get a glimpse of her possible future in the Stargate program, Carter persuaded General Hammond to allow her to join SG-1 on an off-world mission. During the mission she proved that she wasn't afraid to argue her point of view when she put forward an explanation for the light aliens aggressive behavior.

After graduating from the Academy and being quickly promoted to Lieutenant, Hailey became a member of a Stargate trainee group, and was let in on the details regarding a complex set-up to train other members of her team. Unable to let them in on the "conspiracy," she served the trainee team with her knowledge of the S.G.C., its history and operations.

After a successful training mission, Lieutenant Hailey was scheduled to be assigned to an S.G. field unit when a position became available.

Prodigy - Carter brings the resentful Hailey along on an off-world mission, showing the cadet the incredible future that awaits her at the S.G.C.
Proving Ground - Hailey joins the latest Stargate trainee group, under orders not to uncover that she has the intel in a complex experiment to test a new group of trainees.