For the pilot of the Odyssey see Catherine Ambrose 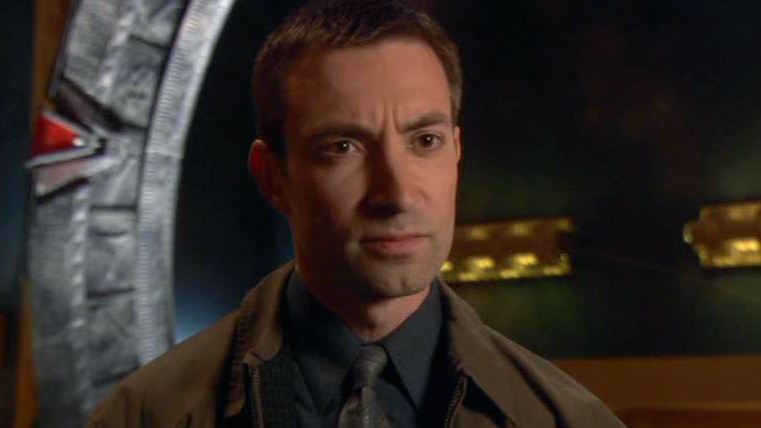 Operative for the Trust, who worked alongside Hoskins, Brooks, and other agents. Jennings was likely a former rogue agent in the employ of the N.I.D.. The team set out to acquire Daniel Jackson's assistance in deciphering Ancient symbols in order to gain access to a cloaked Al'kesh ship left unmanned in Earth's orbit by Osiris.

Jennings and his team took Jackson hostage and used a captive Krista James as leverage to force his cooperation. Once they secured the intel they needed they successfully beamed on board the ship by remotely accessing its Asgard transporter technology.

In subsequent weeks Jennings helped to execute a series of devastating strikes on Goa'uld-controlled worlds. After using the ship's transporter to steal the Stargate from the S.G.C., Jennings identified key targets to dial and launched rockets armed with symbiote poison through the gate.

When SG-1 got on board the Al'kesh and thwarted their operation Jennings was rendered unconscious, as Brooks piloted the ship away from Earth and into deep space. There he and the others still on board were apparently captured by Goa'uld and turned into hosts, in order to return to Earth and infiltrate the organization. The Goa'ulded Jennings helped the Trust put a symbiote in former Vice President Robert Kinsey -- but was later shot dead on board the Al'kesh by the Goa'uld who had taken over Kinsey, ambivalent that he had been left behind to die.

Affinity - Jennings and his men apprehend Dr. Jackson so that they may gain access to Osiris's cloaked Al'kesh in Earth orbit.
Endgame - After stealing the Stargate Jennings delivers several deadly poison attacks on Goa'uld worlds.
Full Alert - A now Goa'ulded Jennings recruits Kinsey to the Goa'uld cause, but is killed.