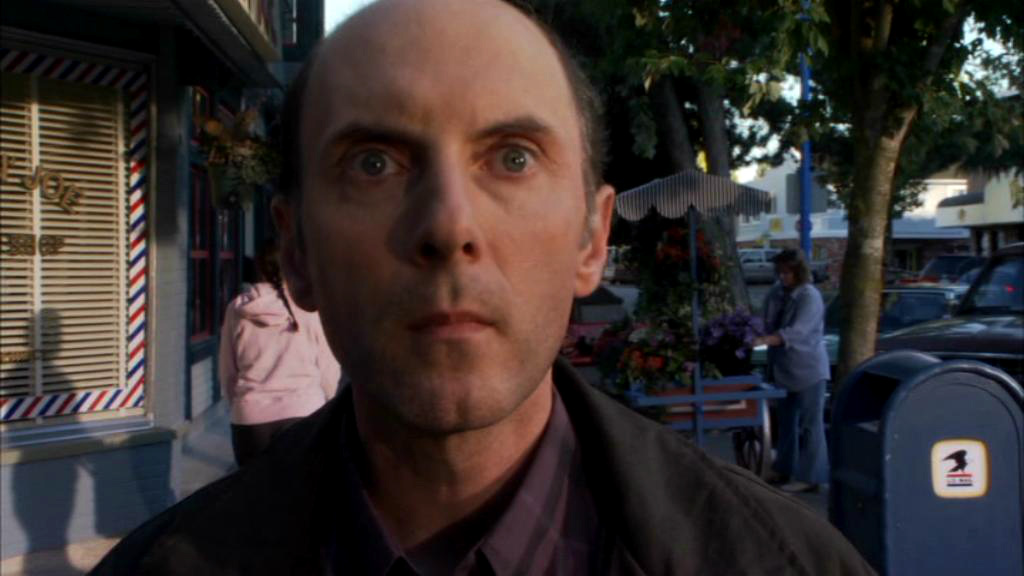 Resident of Hendricks County, Indiana and owner of Stylin' Joe. A seasoned barber, Joe and his wife Charlene once visited a yard sale. While there, he found an object the owner's grandfather claimed was found at a dig in Egypt. As Joe picked up the stone, he found himself witnessing the experiences of four team members as they battled against an alien race.

The visions did not stop, and Joe (who secretly believed the visions to be real) shared them with his family and friends in the form of entertaining science fiction stories. But he grew increasingly frustrated by his inability to reach the real Jack O'Neill, and eventually began to alienate those around him -- including his wife and his son, Andy, with his obsession.

Driven to the brink of madness, Joe drove to Colorado Springs where he found Jack O'Neill's home and faced down the General in his home (armed with a toy gun). O'Neill brought Joe to Stargate Command where Samantha Carter's blood tests of Spencer proved he had the Ancient gene. He learned that his years of visions were in fact true events: the stone Joe had touched (and activated) at the yard sale was a communication device of Ancient design, and Jack had touched an identical copy which had been returned from P3R-233 -- activating the connection.

Feeling somewhat responsible for Joe's madness, Jack arranged to meet with Charlene, where her husband's storytelling flights of fancy were finally revealed to be the truth.

Citizen Joe - For years Joe Spencer witnesses SG-1's adventures through an Ancient communication stone, eventually alienating his friends, his customers and his family.