Difference between revisions of "King" 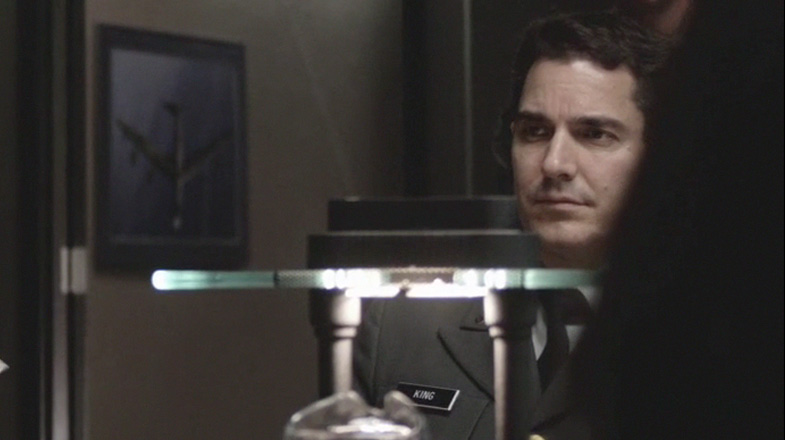 Officer stationed at Homeworld Command at the Pentagon. King was present for the debrief of Colonel Everett Young following the failed attempt to activate the Destiny Stargate from within a star.

King and the other members of the Homeworld Command staff were forced to swallow hard during the briefing, realizing that he is now calling the shots billions of light years away.

Earth - King and the rest of the Homeworld Command staff are forced to endure Colonel Young's plans for the Destiny crew, realizing they are left without many options.