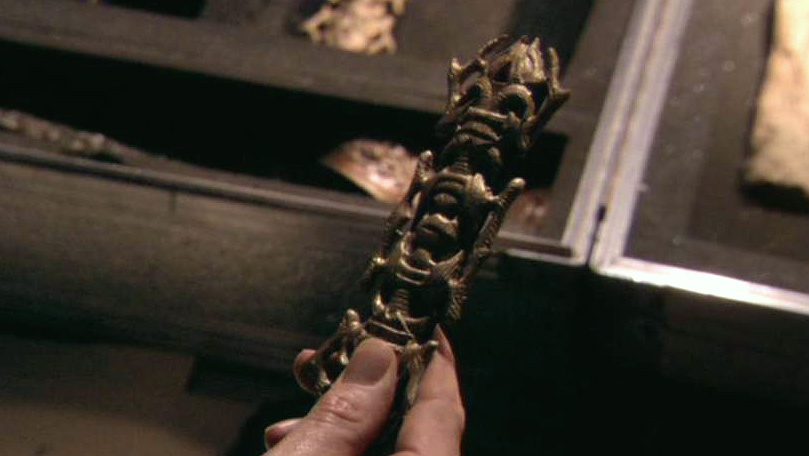 Bracelets once used by the Goa'uld Cronus to insure the most obedience among his Jaffa. Designed to work in pairs, once they are attached to two individuals separating more than 100 feet for more than 30 minutes is fatal. Also, if one user dies, the other eventually dies as well.

The kor mak can be removed by a small, red crystal key.

Avalon, Part 1 - Vala straps a kor mak to Daniel's wrist, and then to herself, to insure that she gets a fair share of the hidden treasures in Avalon.
Avalon, Part 2 - Still connected via the kor mak, Daniel and Vala both use Ancient communication stones to investigate the origins of the Altera
Origin - Vala uses the kor mak key to disconnect the bracelets from Daniel and herself.