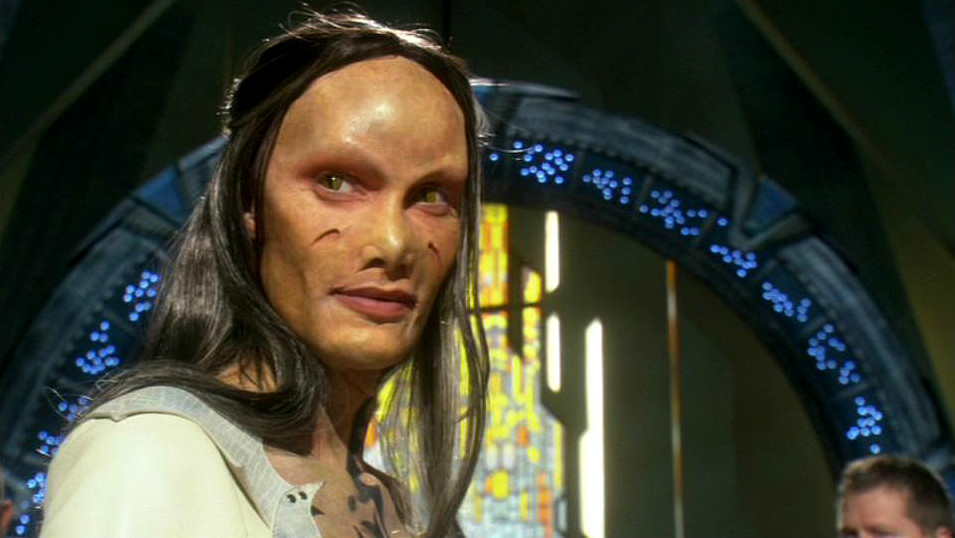 Queen guiding the hive belonging to the Wraith known as "Michael." She and her fellow Wraith struck an agreement with the Atlantis expedition to obtain Carson Beckett's iratus bug retrovirus.

With the drug, Michael's hive would feed off their Wraith enemies by converting them into humans with the drug (instead of the human populations in the Pegasus Galaxy), and would keep the knowledge of Atlantis's survival a secret. Additionally, they would hand over updated hive ship jamming codes (used to prevent nuclear devices from beaming aboard).

Elizabeth Weir and John Sheppard were hesitant to agree, because eventually this hive's enemies would be vanquished and they would require their original food source, but the queen insisted that the Wraith as a species would have dwindled to a minimal number and would be no match for Lantean technology.

Once this was achieved, the queen ordered her hive on a direct course for Earth.

Allies - Michael is joined by his hive queen on Atlantis in the hopes of making an alliance with the Atlantis expedition.