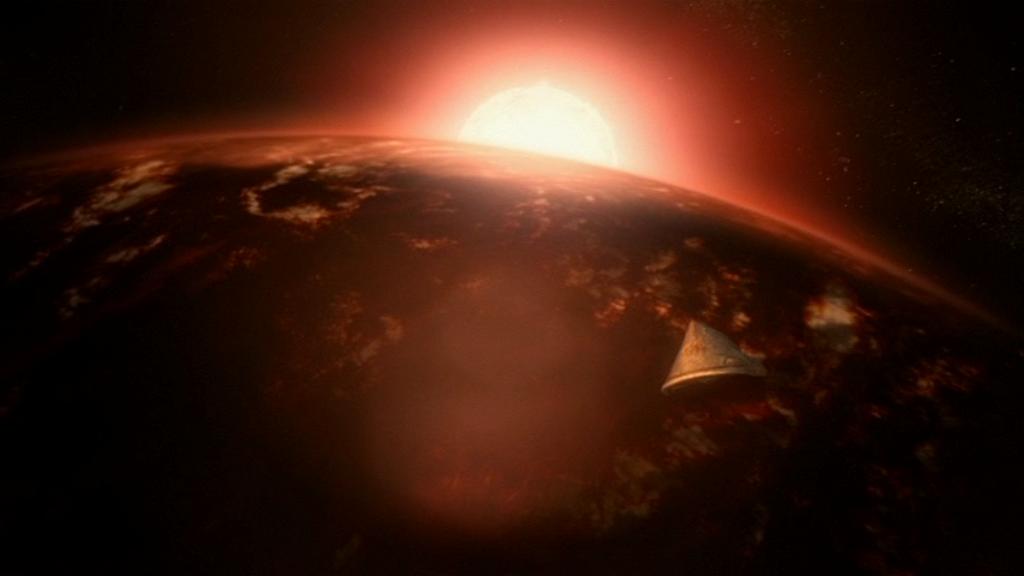 Originally a world inhabited by the Ancients, the name Proclarush translates to "lost in fire" -- meaning the planet likely received this moniker after it was overrun by volcanic activity. Proclarush was home to the Ancient city Taonas, part of which SG-1 discovered when the Ancient library downloaded into Jack O'Neill's brain led them there to recover a Zero Point Module.

The name of the planet contains three syllables, which when combined with "Taonas" correspond to the symbols that make up the Stargate address for the world.

Proclarush was probably much like Earth over a million years ago, until its sun became a red giant. Learning that their sun was near the end of its life, the Lantean inhabitants evacuated.

The Taonas outpost was shielded by a dome -- likely created when lava flowed and hardened over an energy shield that has since failed -- until SG-1 destroyed it with the transport rings in order to gain access to the abandoned base.

In addition to the fully-functional Zero Point Module recovered by SG-1, the planet contained an Ancient star map.

Lost City, Part 2 - SG-1 travels to Proclarush in a Tel'tak, guided by O'Neill's Ancient-influenced brain.
The Pegasus Project - Disguised as a Lantean hologram, Morgan Le Fay speaks of the history of Proclarush Taonas and its evacuation.