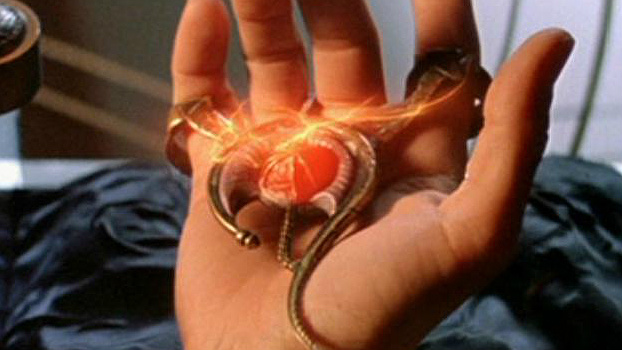 Ornate piece of jewelry, far less elaborate than standard hand devices, crafted to represent Ra's supremacy over the other System Lords. Ra's hand device was capable of many of the same functions as other hand devices. As he placed it on his hand the energy emitting from it was enough to send out sparks of red energy.

Instead of using the device several inches from a person's forehead, Ra placed it on the forehead itself, creating far greater pain.

"Stargate" the Movie - Ra uses his hand device to terminate one of his followers, as well as attempt to kill Daniel Jackson before the human escapes from his ship.