Difference between revisions of "Vidrine" 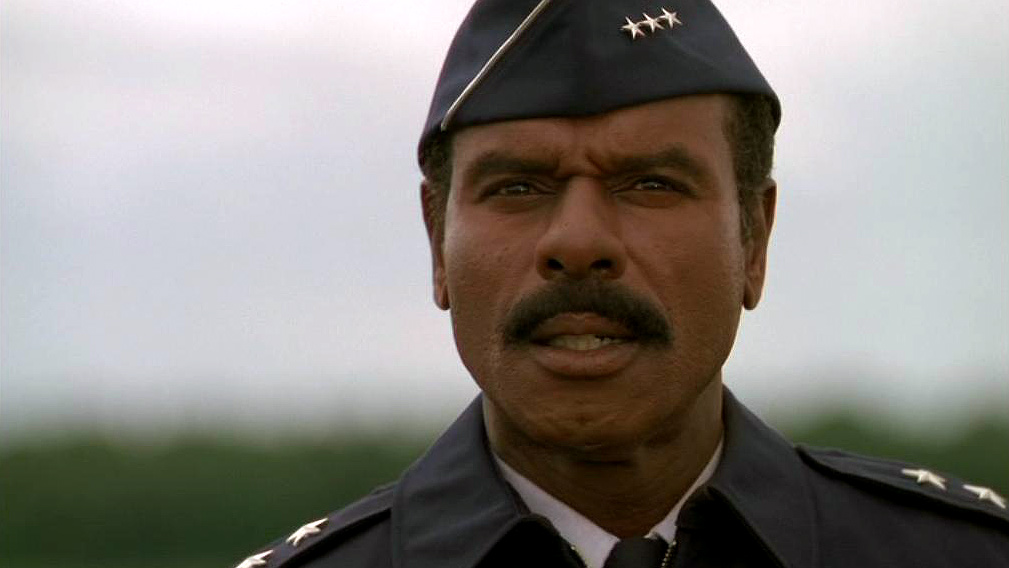 A competent and no-nonsense U.S. military officer, Lieutenant General Vidrine oversees Earth's interstellar spacecraft development program. He supervised the failed first flight of the X-301 Interceptor. Not pleased with Jack O'Neill's sense of humor, he paid little attention to the Colonel's handling of the situation, though he was impressed with potential that the X-301 initially demonstrated.

General Vidrine is probably stationed at the Pentagon, and has occasional dealings with the Stargate program, on a special projects basis. He was placed over the BC-303 construction program, the first stage of which was to locate a rich naquadah mine to supply raw material for building a fleet of interstellar battle cruisers for the defense of Earth. This became Vidrine's top priority, and he was not unwilling to relocate a tribe of Unas who stood between the S.G.C. and the mine.

Tangent - Vidrine arrives at a secret air strip to witness the first flight of the X-301. When the ship goes off course and a crisis erupts, the general leaves the situation in the hands of General Hammond.
Absolute Power - In Daniel's dream, Vidrine is in charge of the Goa'uld-originated planetary defense network -- until Daniel seizes control.
Enemy Mine - Vidrine stresses the importance of gaining access to a rich naquadah mine discovered off-world, and orders the S.G.C.'s teams to do whatever is necessary to remove the local Unas population who regard the mine as sacred ground.