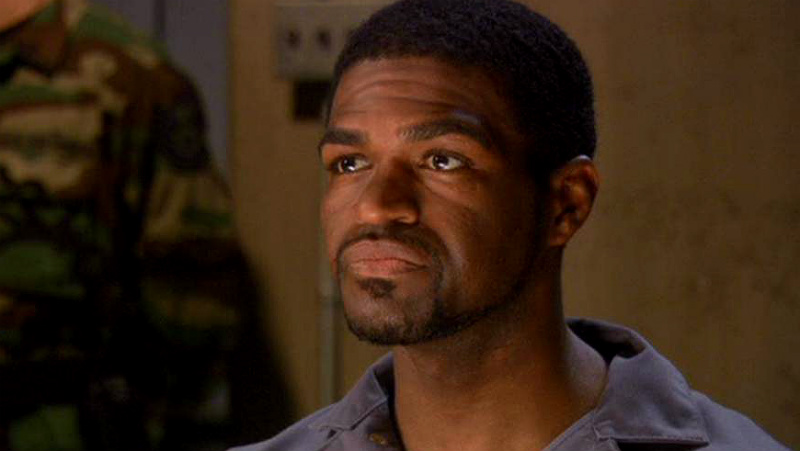 Sodan Jaffa warrior and brother of Jolan. Volnek joined a scouting party to investigate the arrival of several trespassers on P9G-844. He un-cloaked and attacked Cameron Mitchell, but Cameron was able to capture Volnek's staff and fire two shots against his symbiote pouch. The critically wounded Volnek was captured by SG-1 and SG-22 and was returned to Earth. His symbiote did not survive Dr. Carolyn Lam's surgery, but she was able to sustain him with tretonin instead. At first he did not believe such medicine was possible and closed his ears to Daniel Jackson and Teal'c.

When the men learned that a Prior had been visiting 844, and that Volnek was a believer, Teal'c and Jackson invited Tass'an of Sartorus to visit and tell the story of his world's downfall to the Ori.

After Jolan spared his life in kel shak lo, Mitchell returned to Earth. He allowed Volnek to take the story of the Prior back with him to 844 in the hopes of sparking a rebellion alongside his brother, who also believed the Prior to be a negative presence to the Sodan.

Volnek is transformed into a vicious killer.

Following the Sodan's refusal to kill unarmed villagers when they refused to follow Origin, Volnek was confronted by a Prior and infected with a disturbing disease. A few days later he fell ill and became deranged -- murdering all the Sodan in the camp, including his brother Jolan. Only Haikon survived until help in the form of Teal'c and SG-12 arrived. The cloaked Volnek attacked Stevens and Conway, who were guarding the Ancient transporter, killing Stevens and badly wounding Conway. Attempting to return to the Stargate via the transporter Teal'c and Hadden discovered that Volnek had removed a control crystal from the device, disabling it.

Teal'c used a Sodan cloaking device and attempted to stop Volnek, hitting him with several rounds from his P-90s. Volnek, however, was unaffected. Cameron Mitchell, phase shifted by Merlin's computer, arrived with SG-3 and SG-22 on a rescue mission. A trap was set using clay mores and Mitchell, after managing to recover the missing crystal, lured the deranged Volnek into it, finally killing him.

Babylon - After a deadly run-in with Colonel Mitchell, SG-1 and SG-22 return Volnek to Earth to treat his injuries, and eventually turn his opinion against the Priors and the Ori.
Arthur's Mantle - Volnek becomes an invincible killer after meeting a Prior.