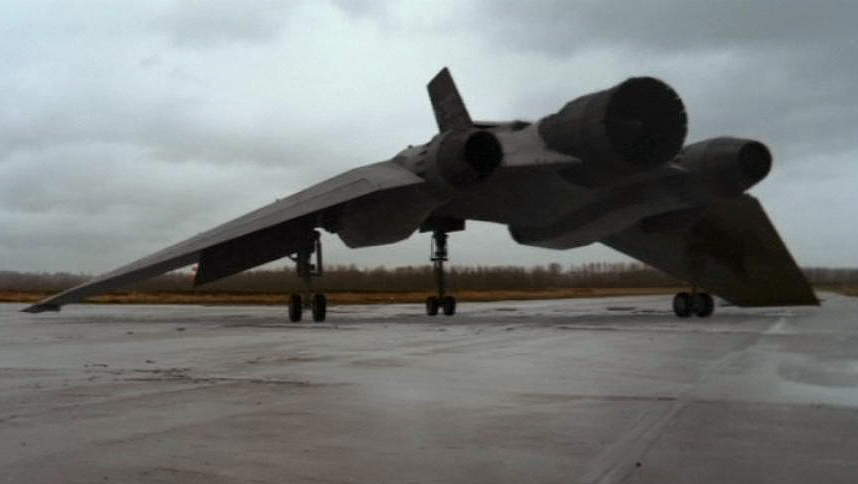 Completely constructed by the U.S. Government (with several reverse-engineered Goa'uld components), the X-302 was the second prototype for Earth's orbital defense, but the first to carry a naquadria-enhanced hyperspace generator -- making it, in theory, the first man-made ship capable of interstellar travel. The first test of the hyperdrive was a failure, and it is not known if the technology was ever perfected on such a small scale, or abandoned. (Earth's first stable hyperspace-capable vessel was the Daedalus.)

The design and configuration of the ship is similar to the X-301, based on the Goa'uld death glider. The X-302 is slightly larger, and like its predecessor, accommodates two people.

Upon leaving the experimental phase, the fighter was designated F-302. Since the Prometheus (the X-303), all Earth-made deep space carriers have been equipped with a number of F-302s, capable of being launched and received through a landing bay.

Redemption, Part 1 - The X-302, barely complete, undergoes its first test with the new hyperspace generator. The instability of the naquadria makes it impossible for the ship to lock onto its destination, and the mission is a failure.
Redemption, Part 2 - The X-302 is instrumental in saving Earth from Anubis and his plan to destroy the Antarctic Stargate. The first X-302 prototype is destroyed after a successful 1-second hyperspace jump.
Prometheus - Major Davis indicates that the X-303, Prometheus, will be equipped with the X-302s. The ships are apparently under construction, but as of this episode, none are currently ready to fly.