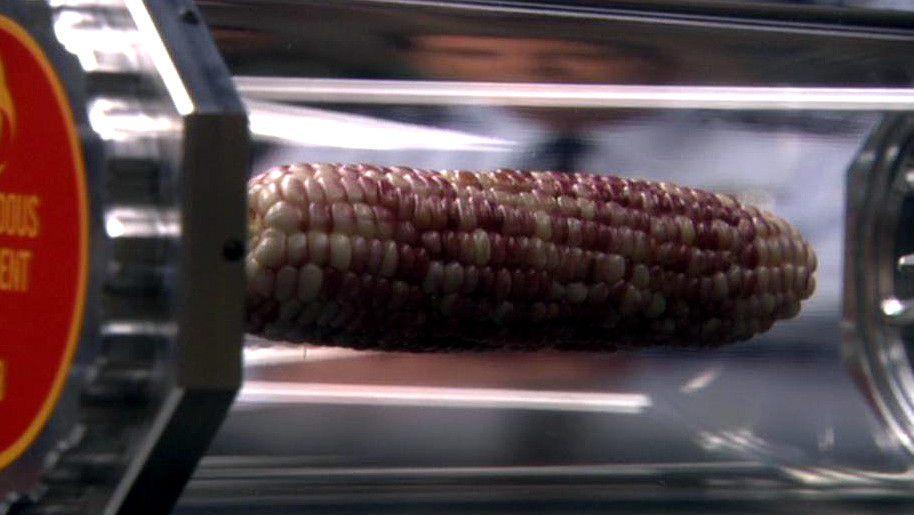 Addictive plant very similar in appearance of Earth's North American corn. Also grown on stalks, the food is manufactured in large quantities by the Lucian Alliance, where it is grown in fields on some of the worlds they occupy.

Humans are extremely susceptible to the chemical make-up of the plant. Perfectly rational people are unable to restrain themselves when faced with the prospect of separating from a supply of the plant, even disobeying direct orders to stay away from it.

It has been suggested that kassa is an Ori creation, yet another method of bringing people to their will. It is certainly a means of control exploited by the Lucian Alliance for their own ends.

Off the Grid - Colonel Mitchell attempts to negotiate with Worrel for a sizeable quantity of the kassa in order to uncover the highest authority in its production.