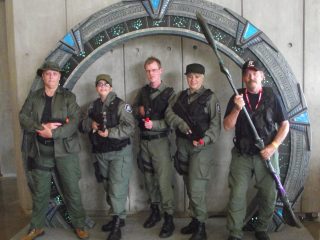 We’re tracking these upcoming Stargate conventions! Be sure to visit the event’s official Web site for the most recent information (including guest changes).

Stargate cast members also appear at other events throughout the year — often events such as Dragon Con, Wizard World, and Wales Comic Con. You can also find Stargate Command at a number of other geek events in the U.S. Follow GateWorld on Twitter for the latest.

Special guest attendance at fan conventions is always dependent upon the actor’s continued availability. Remember that most guests are working actors, and sometimes last-minute filming schedules force someone to drop out. Always watch the convention host’s social media accounts for updates.

Have a convention tip? Are you attending one of these events and want to write up your experience or share photos with GateWorld? Drop us a line!