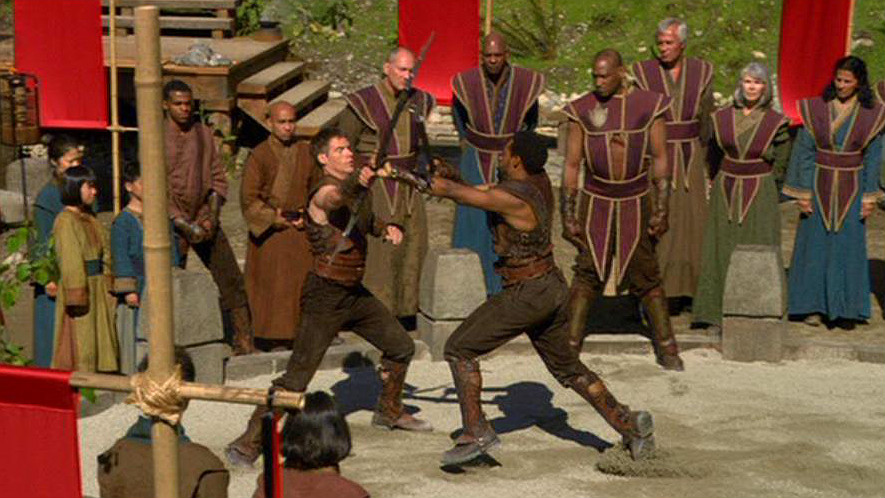 Sacred Sodan ritual of combat. In kel shak lo, one who has spilled the blood of a Sodan warrior is required to fight (typically) the fallen's next of kin in combat to the death.

Kel shak lo is heralded by the strike of a gong. Then he who wishes to combat the slayer of the warrior has the opportunity to step forward to challenge him. The death match is conducted in a central arena and can be viewed by many Sodan elders as well as those who knew the deceased.

If the blood kin is the victor, he can allow even an enemy to have an honorable passing -- if he conducted himself as a warrior.

Babylon - After the loss of Volnek to Cameron Mitchell, Jolan challenges the colonel to kel shak lo -- but plans on bending the rules.