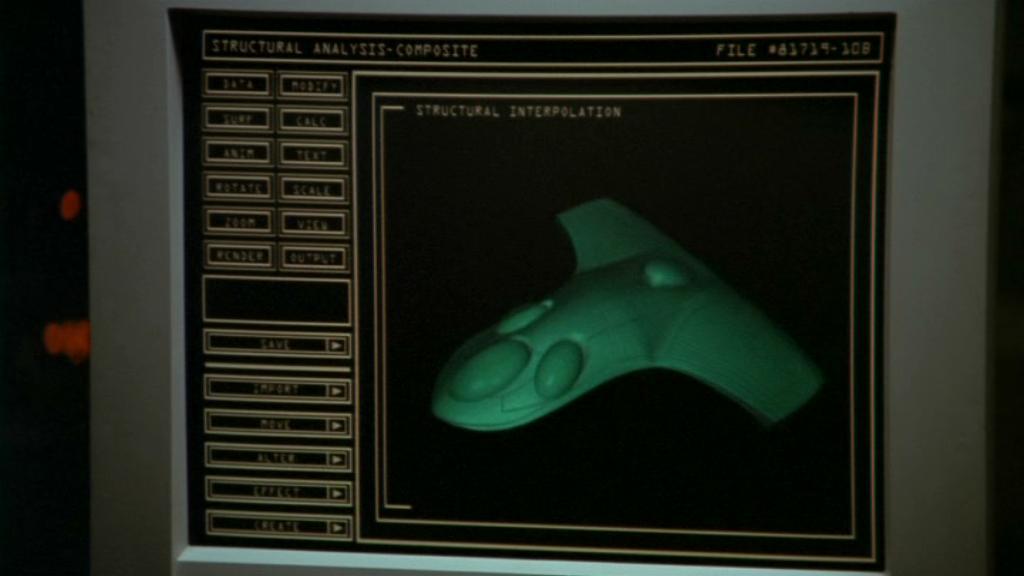 Short-range drop craft from Martin's escape ship, remote-controllable, 16 feet wide by 10 feet long and capable of transporting up to five individuals. Martin Lloyd's team left their larger, primary vessel in Mars orbit, out of range of Earth satellites, before travelling to Earth in the escape pod.

Upon their arrival the group buried the ship in a field near Butte, Montana, where they settled. Martin was drugged by his comrades to make him forget who he really is. The ship lay buried for an indeterminate amount of time -- months or perhaps years -- before Martin began remembering his previous life, eventually locating the pod with Jack O'Neill.

Upon its discovery the Air Force established a base camp near the pod. But the pod was controlled by remote, and the rest of Martin's group set the ship to auto-destruct. Personnel were evacuated before the short-range explosion detonated the vessel, leaving no sign of the ship but a massive crater in the ground.

USED BY - Martin's race
FIRST APPEARED - Point of No Return

Point of No Return - Martin, convinced he is an extra-terrestrial, has Jack O'Neill forage with him into the woods of Butte, Montana, to uncover his space craft and verify his identity.