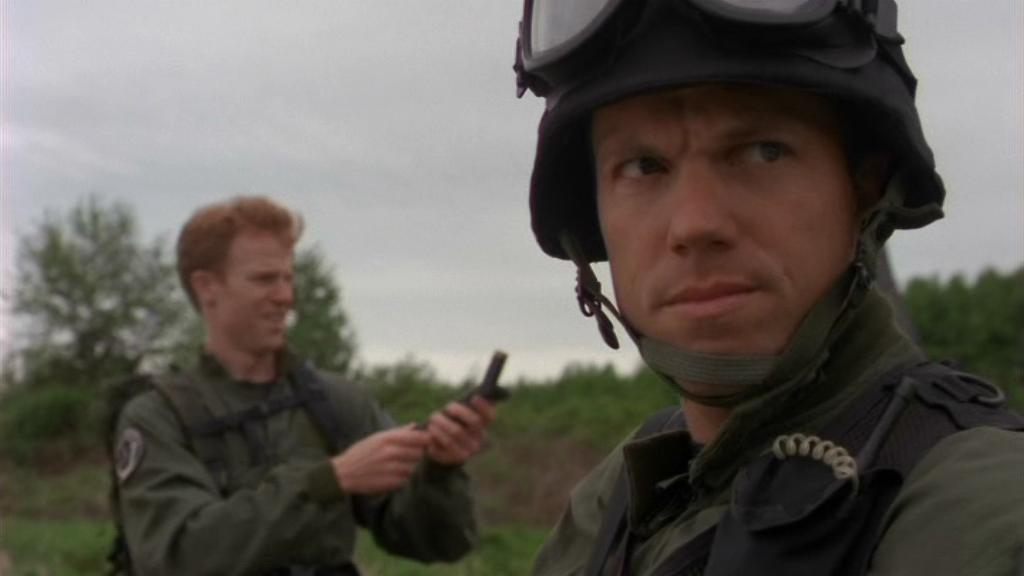 Colonel in the United States military and leader of SG-13 out of Stargate Command. Dixon is a family man, but prefers his job exploring other worlds because he knows it's his escape from four children at home. He's confessed to spending much time worrying about them. He is not afraid to get chummy with his teammates and lighten any situation with a little humor. His team members include Bosworth, Balinsky, and Senior Airman Simon Wells.

Dixon led his team to P3X-666, where they discovered the ruins of an Ancient city. He ordered his team to explore the region. When it was discovered that the team's position had been made by a Goa'uld reconnaissance drone, he fired his weapon at a decayed rock wall, crushing the device -- but not before it transmitted data back to Anubis. The powerful Goa'uld launched a full assault on the planet, which resulted in the death of Dr. Janet Fraiser.

Dixon maintained position on the site when SG units arrived to back him up, including Jack O'Neill and SG-1. All of SG-13 made it out alive.

Heroes, Part 1 - Dixon and SG-13 reach P3X-666 and find the remains of an Ancient city, later to discover it being surveyed by Anubis as well.
Heroes, Part 2 - Dixon maintains his team's position until backup arrives from Stargate Command, successfully escaping an enormous Goa'uld bombardment.