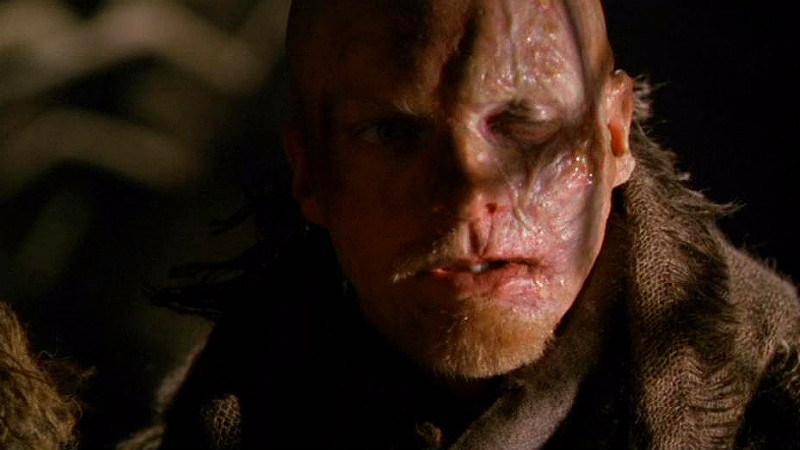 One of the survivors of Alebran's people on P3X-367 who fell into the service of Nirrti during (in his mind) her attempts to repair his people's sickness. Eggar was very opposed to SG-1's arrival, and was able to tell that the team meant to kill his goddess. Eggar had the abilities of telepathy. He and the rest of his race had become physically damaged in horrific ways, while they also gained the gifts of hok'taurs.

Eggar was forbidden from entering the mind of Nirrti, as her position as a goddess meant that he was not worthy of such tampering. However, after listening to SG-1 and their concerns for his people, Eggar permitted himself to take a peak, and saw the horrors of his people's future and what she had already done. He then knew that his entire village had been wiped out at her hands, and encouraged Wodan to strike her down. After hearing the truth, Wodan raised Nirrti in mid-air from where she stood and broke her neck, killing the symbiote within.

Metamorphosis - Eggar is one of his people who first receives SG-1 into their company, and immediately knows the team plans, if necessary, for killing Nirrti.