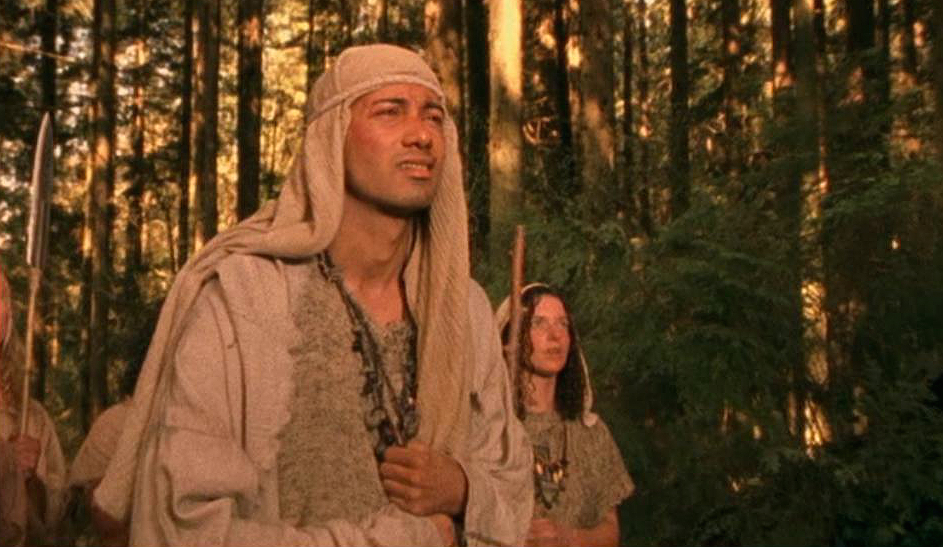 Settlement of humans who were once oppressed by the Goa'uld, forced to reside in caves due to the harsh conditions outside. They did not possess the technology to dig themselves deeper into the caves to make room for their geometric population growth. As Jonas Hansen explained, it was "like a third-world country in a bottle."

Not months after the inception of the S.G.C., they were visited by SG-9, commanded by Captain Hanson, who became obsessed with the sad lifestyle of the cave-dwelling inhabitants that he eventually convinced himself that he was their god, sent to bring them out of darkness.

Hanson turned every able body into a worker for his kingdom with plans to construct a palace for himself. In return, he would "make the sky orange" again, where a sun shield would prevent the solar radiation from being able to reach the surface and kill the plants and animals.

Having received word of the developments, SG-1 arrived, intent on restoring order. After several skirmishes, SG-1 themselves were able to activate the sun shield generators and make the sky orange themselves. Hanson, who had recently declared a public execution via the Stargate, was himself thrown into the event horizon by the inhabitants who realized his promises were empty, killing him upon impact with the iris on the other side.

The First Commandment - SG-1 rescue Jamala's people from the tyrannical rule of Jonas Hansen, a former S.G.C. officer who believes himself to be a god.