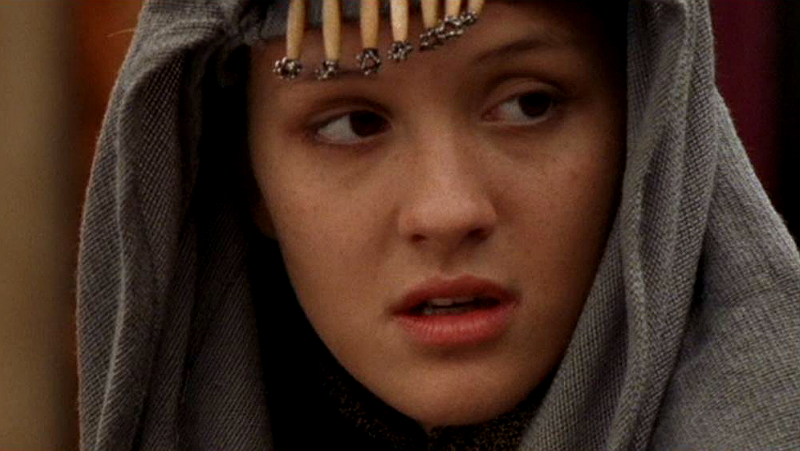 Daughter to Turghan and girlfriend to Abu. Nya was not allowed to be wed to Abu, and had to remain loyal to her father's tribe. Though she greatly loved her father, she disagreed with his beliefs regarding the control of women and his policies against opposing tribes and societies.

Nya was strapped to the stake, about to be stoned by her own tribe as an example of what is to be done done to heretics, when her father told her (in her ear) that he forgave her for her disobedience. SG-1 arrived on the scene and Carter Challenged Turghan to a knifefight to the death. When she beat him, however, she spared his life, forcing him to accept that Nya was allowed to permanently remain with Abu.

Emancipation - Nya is shocked to witness Carter, a woman of authority, standing up to her father.