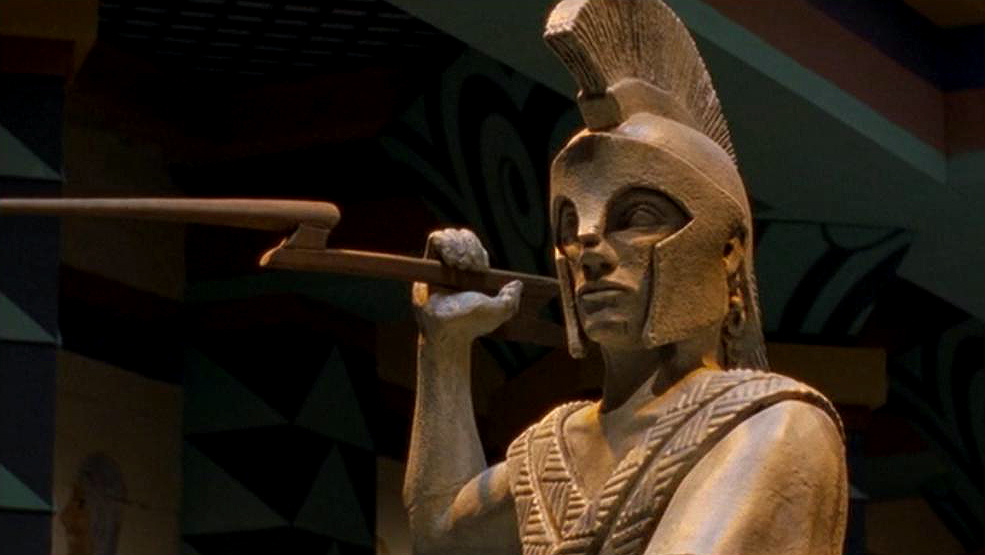 God of Greek origin, and a Goa'uld responsible for developing nano-technology that rapidly increased the aging process of the Chosen on Argos. Pelops left the world, and the people, forcing them to continue to live a lifestyle that only allowed them to survive one hundred (or thereabouts) days.

When SG-1 arrived, Colonel Jack O'Neill was also infected by the nanites, after interacting with the people and eating their food, and eventually convinced the people to rebel against Pelops, consequently damaging the nanite controller, which was the driving force of the devices when they pull down the statue of Pelops in the temple.

Brief Candle - The Argosian Chosen pray to Pelops to help them with their lives, despite the fact that his only remaining presence is his statue.