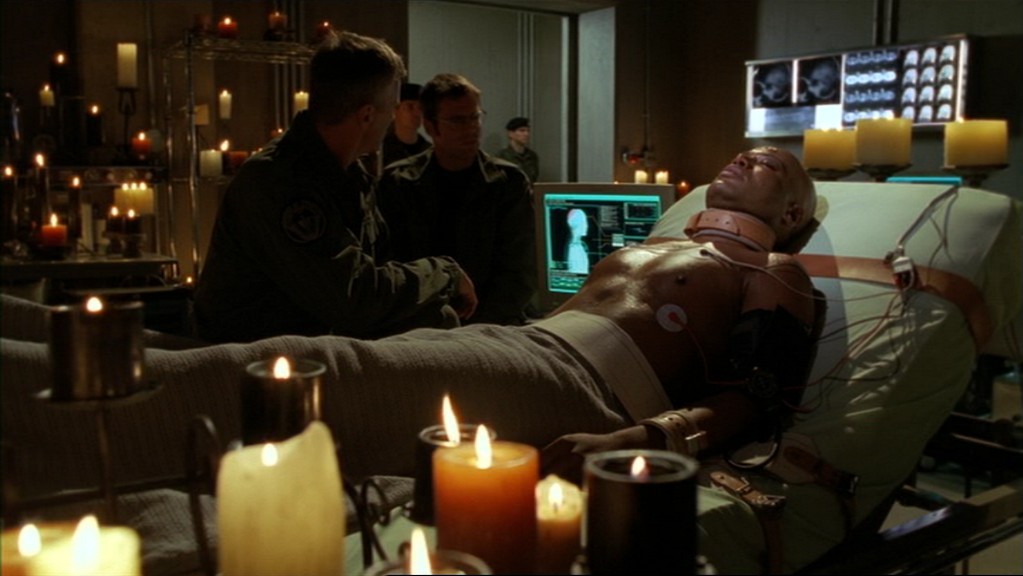 A deadly Jaffa ritual in which the symbiote of a warrior is removed, depriving him of its natural healing abilities. The absence of the immune system causes the Jaffa to relive important moments in his or her life, tracing the key paths they took over their lifetime. Frequently this allows them to reassess themselves if they have been compromised by an external source, such as Goa'uld brainwashing.

In 137 years Bra'tac had only performed the rite twice, and both times the Jaffa died, but he was certain their hearts were freed. Teal'c, number three, was fortunately the exception.

Threshold - Bra'tac forces a reluctantly brainwashed Teal'c to endure the Rite of Malshuraan in SG-1's hope that Teal'c will rediscover his true nature and beliefs: a believer in freedom from false gods.
Stronghold - The Jaffa Maz'rai undergoes his own Rite of M'al Sharran after he has realized he was brainwashed, and dies in the attempt.