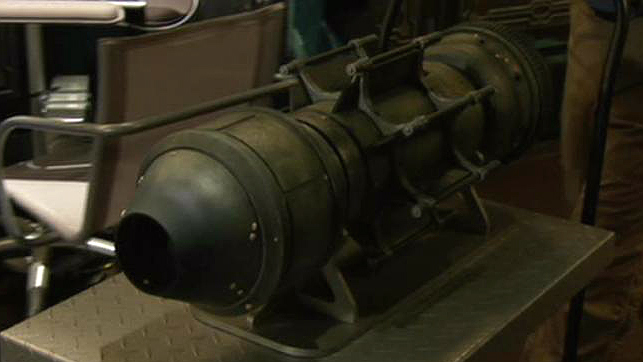 An alien device discovered on the seabed near Atlantis. Shortly after its recovery to the city a number of the crew begin to be affected by the device.

It was created by a race of silicon based lifeforms called the Sekkari who, when they found themselves on the verge of extinction thousands of years ago, sent out a large number of these carriers on a mission to find a suitable planet where the race could be reborn. In them was carried all the chemicals required, as well as the Sekkari's entire historical record and technological information.

Due to problems with the guidance system, the device failed in its mission, as did all the others. It laid dormant for thousands of years until the A.I. unit on-board sensed sentient lifeforms, and used subtle mind altering abilities to probe the crew of Atlantis.