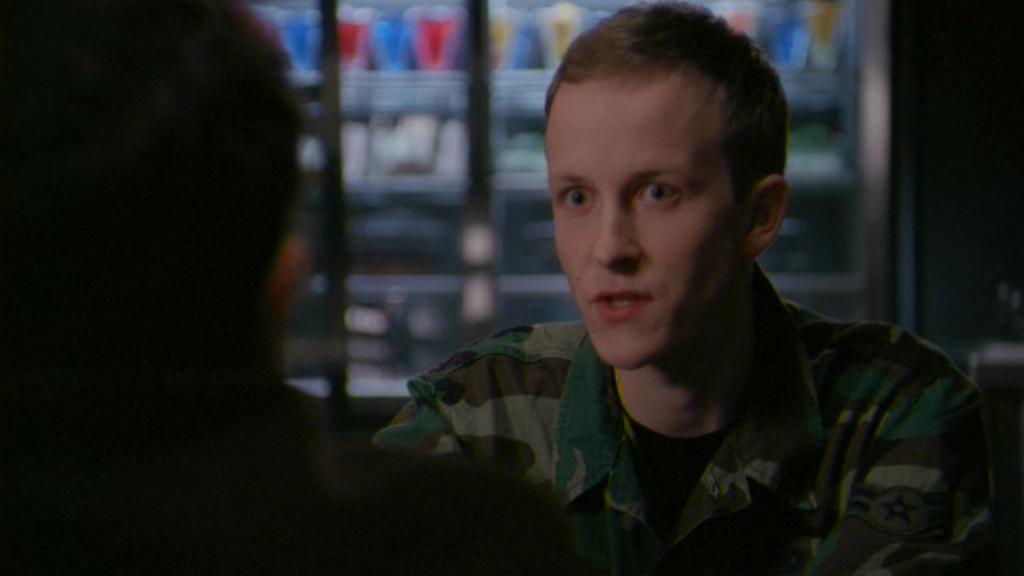 Senior Airman in the U.S. military, transferred from the Pentagon on a temporary assignment to the S.G.C. to provide sound on a camera team for a documentary being produced by Emmett Bregman at the request of the outgoing President. Wickenhouse worked on the project with cameraman and editor Dale James.

The frustrated Bregman found Wickenhouse's comments irritable and offensive to his vision of what the final product would be, believing this documentary would one day be looked upon as a timepiece into the history of the S.G.C.

Heroes, Part 1 - Wickenhouse works with Bregman and Dale James in developing a documentary on the Stargate program.
Heroes, Part 2 - Shep continues his work on the documentary, including the filming of Dr. Janet Fraiser's memorial service.