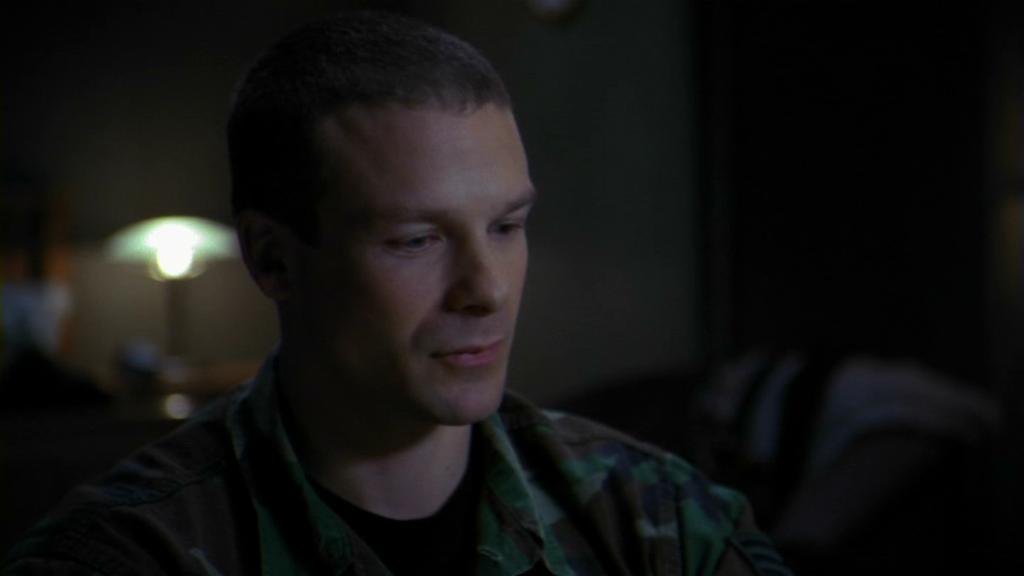 U.S. military officer, camera operator and video editor, transferred from the Pentagon on a temporary assignment to work with Emmett Bregman, who was commissioned by the President to create a documentary of the activities of Stargate Command.

James was dressed down more than once by Bregman, who complained he was not following his instructions in filming key moments of base operations -- something they were told more than once not to do by authorities who had yet to review the very latest activities ongoing at the S.G.C. The film crew also included Shep Wickenhouse, and worked directly with Cheyenne Mountain public affairs liaison Tom Rundell.

Heroes, Part 1 - Dale James arrives at the S.G.C. and immediately begins taping footage of the Stargate being serviced, only to realize he has gotten off on the wrong foot with his supervisor, Emmett Bregman.
Heroes, Part 2 - James continues cutting footage with Bregman, who is disappointed that the material they have shot is shallow and uninteresting -- not realizing they will soon be receiving exactly what they are looking for.