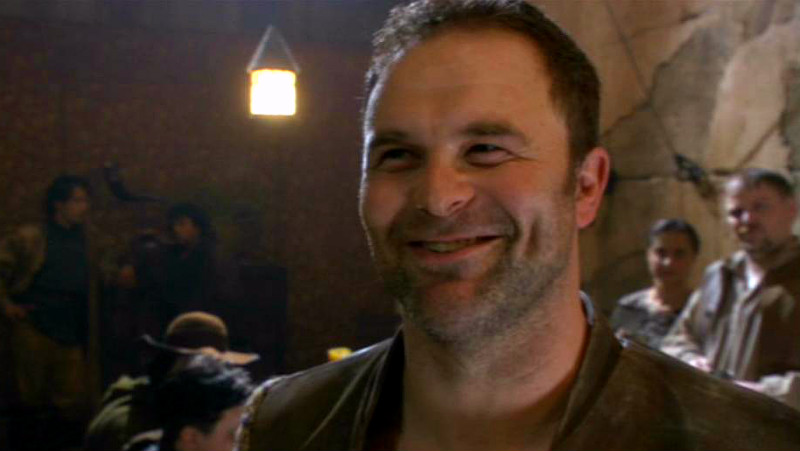 Satedan soldier who served with Ronon Dex's regiment. Sincha was one of more than three hundred Satedan survivors who were able to conceal themselves in shelters west of Sateda's capital city. When they emerged the planet was devastated and the Wraith had departed. He and the others left the planet for new homes.

Solen eventually settled on Belkan, and was reportedly the only Satedan living there. He was aware of other Satedans who came to the planet to trade, such as Task Master Kell. He was fond of drinking games and passing the time in the tavern embellishing stories from the Satedan / Wraith conflict.

Trinity - Solen Sincha meets up with Ronon Dex after seven years, explaining that Kell and three hundred Satedans survived the destruction of their civilization.
Broken Ties - When Ronon is kidnapped by a fellow Satedan, the team turns to Solen (still drunk on the planet Belkan) for a lead -- eventually bringing them to the planet Sarif Sur.