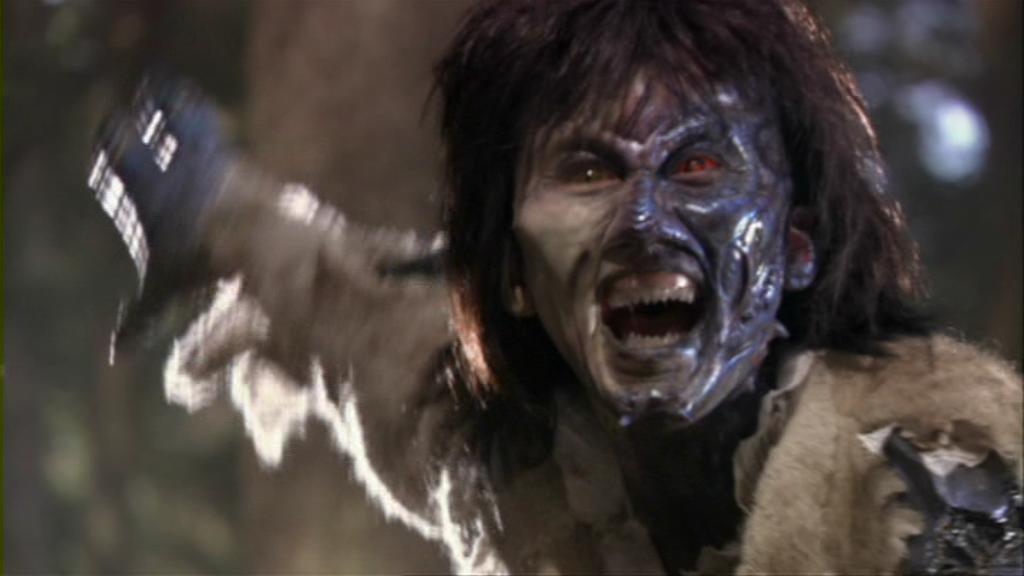 Word used to identify a nocturnal creature on Zaddik's planet which stalks and kills the local villagers at intervals of three or four months apart. During its final days the Daimos would even hunt in the broad daylight, terrorizing the local people.

Colonel Sheppard's team initially identified this creature to be an adult male Wraith. But later it was learned that both the female Wraith named Ellia and this creature were responsible for the slayings of villagers.

Eventually Ellia exposed herself to the iratus bug retrovirus and reverted to a more primitive state and killed the other Wraith. Ronon Dex and John Sheppard were forced to kill her themselves, ridding the villagers of the threat of the Daimos.

Instinct - Sheppard and his unit visit a planet where a settlement is plagued by the presence of a male Wraith the locals call the Daimos.